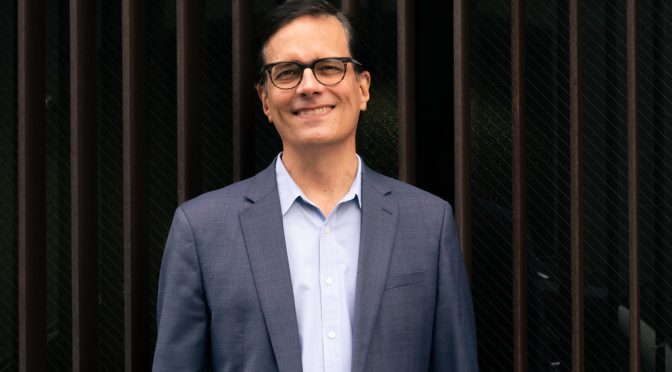 The Sydney Opera House (SOH) has announced that Chip Rolley has been appointed to the role of Head of Talks & Ideas, joining the artistic leadership team of its internal programming arm, Sydney Opera House Presents. Following a global search, the seasoned editor and festival director took up the position in late September. Rolley will oversee a year-round program of Talks & Ideas events, including flagship festivals Antidote and All About Women, which celebrates its tenth year in 2022.

The Sydney Opera House Talks & Ideas program is dedicated to presenting a diverse range of thought-leaders to Sydney and digital audiences to explicate big ideas and developments in contemporary culture and the news agenda. Through festivals like All About Women and Antidote, the Opera House continues to evolve and fulfil its mandate to be a meeting place for  discussing issues of local, national and international importance.

Rolley has curated festivals in Sydney and New York City, first as artistic director of Sydney Writers’ Festival, and most recently in New York as director of PEN America’s World Voices Festival, one of America’s most diverse writers’ festivals. He also oversaw the prestigious PEN Literary Awardsand a slate of literary programs that engaged traditionally under-served participants and audiences.

He has edited the Australian Broadcasting Corporation’s opinion and news analysis website, The Drum. His writing has covered a  wide range of subjects from politics to poetry, with a particular focus on literature and Chinese politics and culture. His writing has appeared in The Guardian (US), Wall Street Journal, Griffith Review, The Sydney Morning Herald, The Age, The Australian, The Bulletin, Vogue, Rolling Stone and he has translated essays and poetry from Chinese to English.

“It’s a thrill to be returning to Australia after four years in the US, my other home, and I feel like the luckiest person in the world landing this role at this time. A time that challenges us to learn things we never knew we needed to know, and adapt to dramatically altered circumstances. A time to absorb inspiration from art, books, and ideas. A time to honour our responsibilities to our loved ones, our neighbours, our communities. A year-round program of talks and ideas offers us a chance to do all this – to tap into the public conversation, to steer it into new ways of thinking, and to bring us together in all our diversity around the concerns that can sometimes drive us apart, but can also bring us together,” says Chip Rolley.

“To do all this in Australia’s wondrous meeting place, Sydney Opera House, is an opportunity that frankly leaves me in awe. I look forward to collaborating, curating and producing programming that connects us with each other and inspires us to face our challenges with intelligence, daring and hope.”

“We’re delighted to appoint such an internationally recognised and experienced programmer. Throughout his career as festival director, journalist and editor, Chip has been motivated by a love of language and literature, a deep sense of justice and the affirmation of human rights, and the conviction that creative and stimulating events that spark our interest in ideas and public debate can have a transformative power,” says Sydney Opera House Director of Programming Fiona Winning.

Rolley commenced in the position following the departure of Edwina Throsby, who has re-joined the Australian Broadcasting Corporation as Managing Editor of Arts.