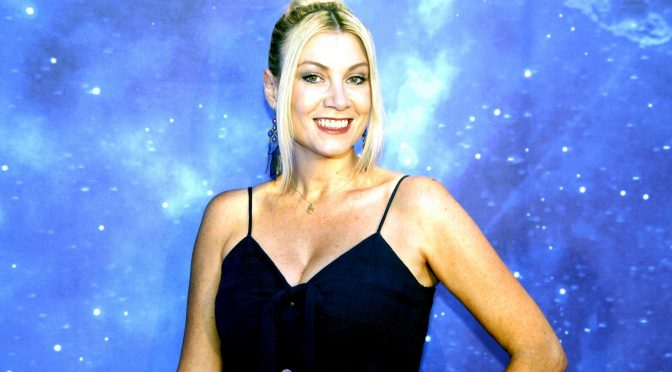 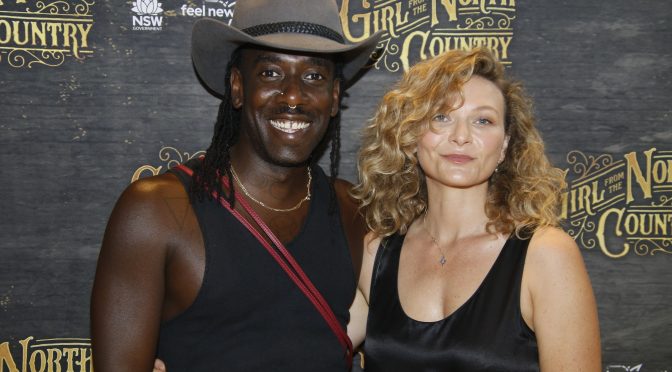 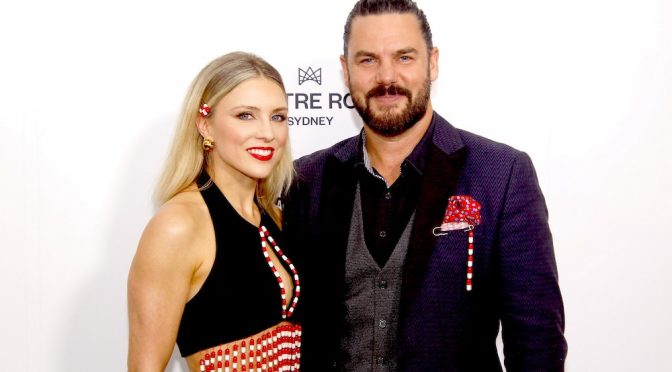 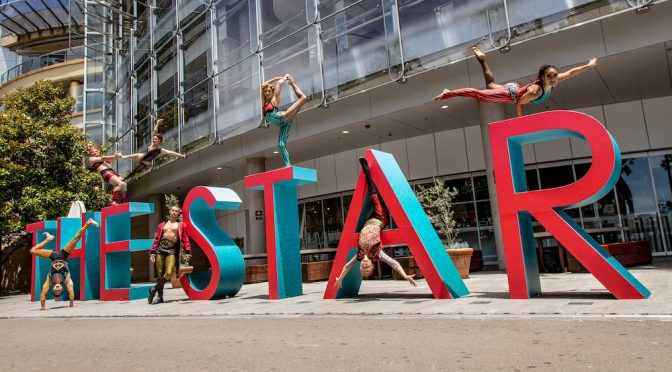 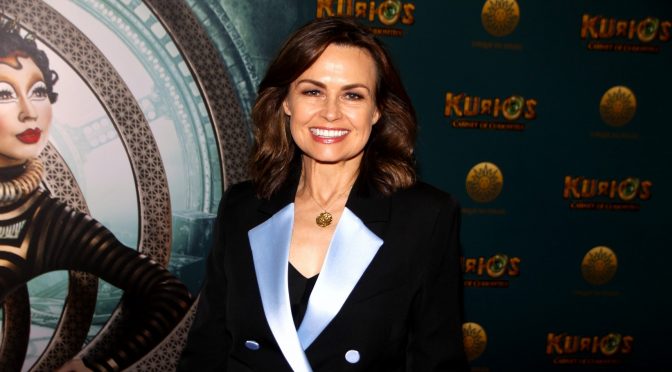 There was almost as much action prior to the opening of Kurios outside the Big Top as there was on the inside. A quartet of aerialists danced across the outside of the grand chapiteaux including one wielding a double bass.

The first night attendees walked the red carpet amidst gushes of steam and a line of steam-punked  costumed poseurs. A group of TAFE students took the trouble to create dresses of the era, some reminiscent of  a Toulouse Lautrec painting. Many of the guests themselves were dressed in Victorian and Edwardian outfits and accompanying accessories. to add a bit of spice to the evening a bevy of drag queens  were on hand, perhaps to remind us  of the Weimar Republic in early 20th century German history.

Some of the costumed performers posed with the invited celebrities adding further splashed of colour to the evening. As a result  the audience was well and truly primed for an enthralling night’s entertainment. 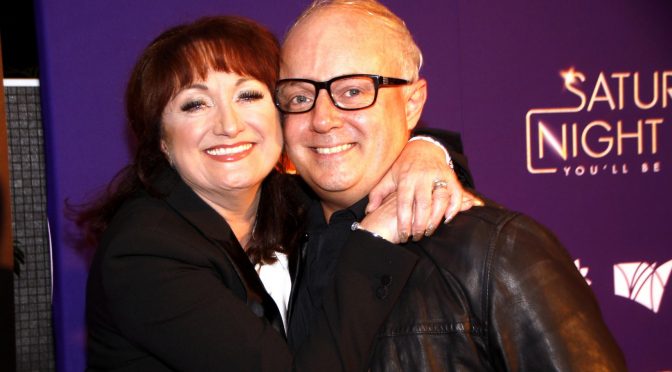 If you were in Sydney around the time when the premiere of Saturday Night Fever was taking place, you would find there was a dearth of white suits, black shirts, glitter and let’s not forget sequin.

The invitation to the opening night stated that the dress should be disco chic and a large majority of the audience and Red Carpet attendees complied.

A highlight of the Red Carpet was the attendance of Maria Venuti accompanied and assisted by her daughter Bianca as well as the always welcome presence of Kerri-Anne Kennerley after their respective tragic and traumatic setbacks.

The razzle dazzle of this disco classic  raised the spirits of the audience who by the finale were dancing in the aisles and swatting away giant balloons. 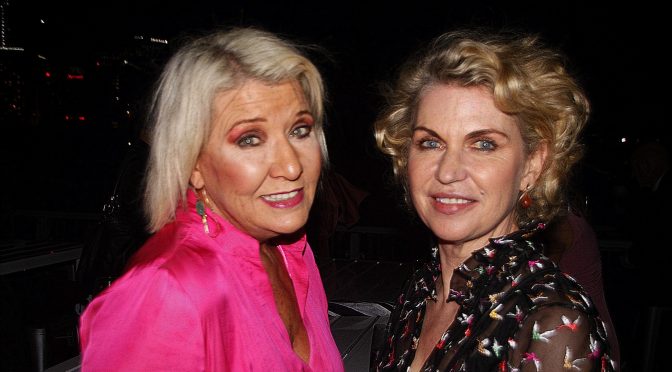 The heavy rain could not dampen the anticipation the first night audience felt with the Handa sponsored West Side Story on Sydney harbour. Held at the first Fleet steps at Mrs Macquaries Chair.

Celebrities, stars and politicians mingled happily together, although all achieved an anonymity when covered with their non plastic white ponchos.

The audience looked like a Hazmat convention complete with white protection suits.

At the after party CEO of Opera Australia Rory Jeffes emphasised the show’s important message which was the way in which a society’s intolerance can lead to tragedy and misery.

A justifiably jubilant Lyndon Terracini, Opera Australia’s Artistic Director, thanked the cast and crew singling out individuals who went above and beyond the call of duty .

After the storm cleared the upper floor of the northern terrace revealed a spectacular view of the Sydney Opera House, Harbour Bridge and a three masted tall ship.

Like opera lovers who have just seen Carmen many of the audience left humming the familiar and iconic tunes of WEST SIDE STORY. 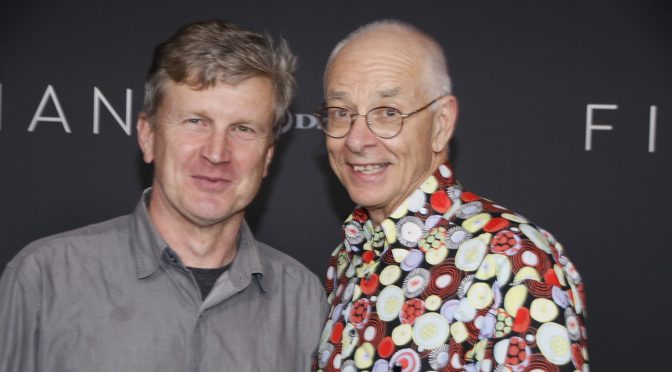 Red Carpets, in this case a Black Carpet, usually hosts stars, starlets and traditional media personalities. Lately this has extended to social media influencers, but in this case it was scientists who also took part in keeping with the theme of the movie.

FIRST MAN is about NASA and Neil Armstrong’s race to beat Russia to have a man walk on the moon. It reunites Ryan Gosling and director Damien Chazelle who collaborated so successfully in La La Land.

Also starring Claire Foy (of The Crown fame) as Armstrong’s wife Jane, the film had its world premiere at the Venice Film Festival on August 29, 2018 and is scheduled to be released by Universal Pictures later this month. With backing by Steven Spielberg as an Executive Producer the film has received critical acclaim from those who have already seen it. 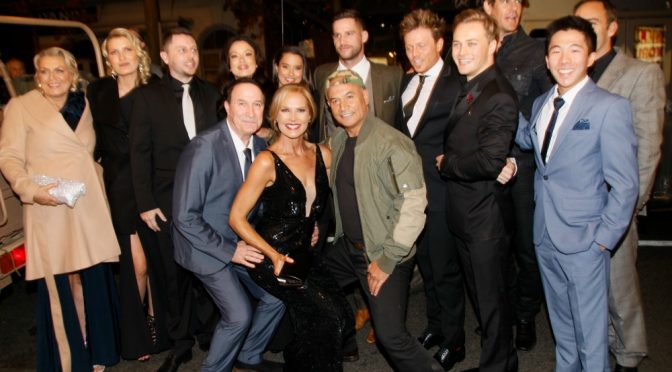 Army trucks and monsters made an appearance near The Spot at Randwick. No cause for alarm as they were all part of  publicity for the world premiere screening of the new Australian film .OCCUPATION at the Randwick Ritz cinema on the 10th July, 2018.

To demonstrate their commitment to the film, nearly the whole cast walked the Red Carpet to support Luke Sparke, the director, writer and producer of the film.

With a budget of $6 million and no Commonwealth or State funding it is high stakes game as to whether he can make a desired for sequel.

Harking back to sci fi adventures of the 1980s like Independence Day, and with a talented multicultural cast it is hoped that it will have broad general appeal, when yet again aliens attack and earthlinks fight back.

Shot on the Gold Coast and Murwillumbah, northern New South Wales, with a distinctive Australian flavour, the producers and director hope for an international release.

All pics by Ben Apfelbaum. 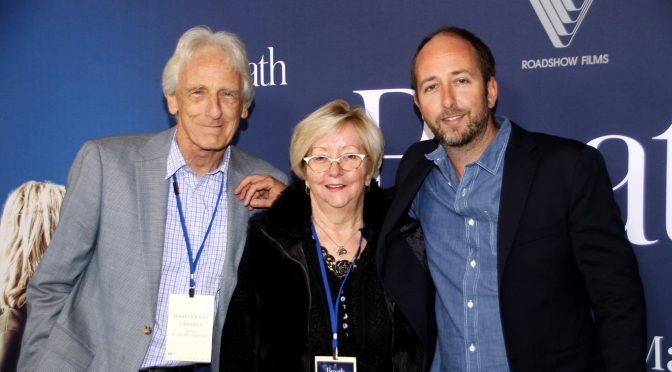 Simon Baker’s  much anticipated debut feature BREATH held its Sydney premiere recently at Randwick Ritz. I am pleased to say that the film is worthy of the hype which it has been receiving. This is a worthy, fine new Australian movie. END_OF_DOCUMENT_TOKEN_TO_BE_REPLACED 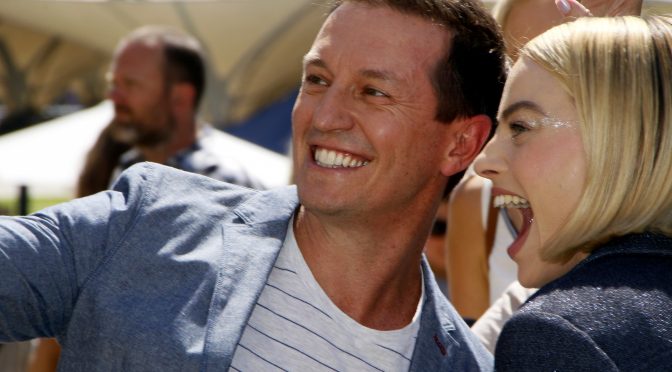 It was appropriate that the Australian premiere of PETER RABBIT was held at the Entertainment Quarter as much of the film was shot just up the road in Centennial Park.

Margot Robbie seems to like premieres at Moore Park as months earlier she walked the red carpet for I, Tonya. This time she walked the green carpet with her co-star Elizabeth Debicki. Also in attendance were the director Will Gluck and Executive Producer Zareh Nalbandian. Nalbandian is the co-founder of Animal Logic, the Sydney based special effects powerhouse responsible for such hits as Happy Feet and the Matrix trilogy.

This was a different crowd from I Tonya  as the two Australian leading ladies were surrounded by a horde of tiny tots, all eager to see the film, as well.

A bunny and Easter, what a perfect combination! 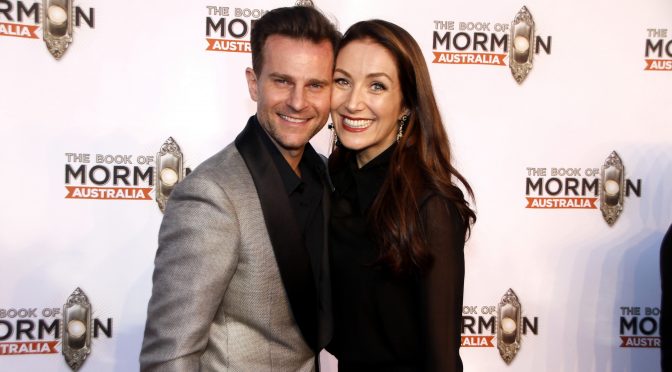 Recently there have been many different colours at premieres but The Book Of Mormon’s Carpet reverted to the traditional red at the Lyric Theatre in Pyrmont.

The fact that ‘The Book’ seems to be the hottest ticket in Sydney, ensured that a full complement of celebrities walked the Red Carpet.

For some strange reason the news media seemed to be over-representive amongst the attending VIP’s with such personalities as Mark Ferguson of Channel 7 news, Peter Stefanovic and Sylvia Jeffreys from Channel 9, Sandra Sully from Channel 10, and Wendy Harmer from ABC Radio.

Perhaps these newshounds wanted to see what all the hype and controversy surrounding this show is all about.

In Melbourne ‘The Book’ broke box office records and may yet do the same in Sydney as bookings have stretched out as far as August. 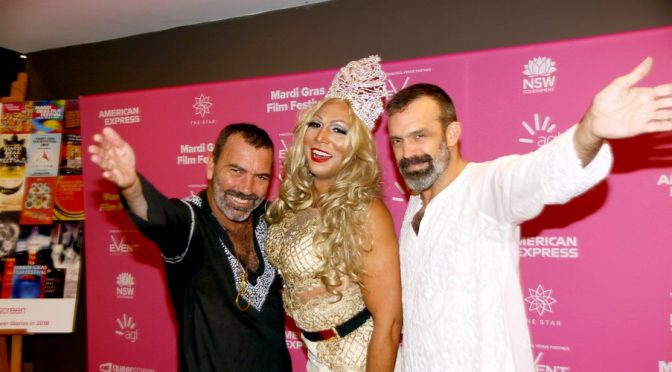 A highlight was the screening of BLACK DIVAZ directed by Adrian  Russell-Wills.

BLACK DIVAZ wen behind the glitter, flamboyance and glamour and extreme make-up tools as indigenous drag queens battle it out for the Miss First Nation pageant.

Their gruelling tests included  lip-synching, contests, photo shoots with crocodiles and revealing intimacy as they talked candidly about what being Miss First Nation means for them and their communities.

The heat and humidity was totally absent on the Red Carpet as the participants in the film proudly paraded their fabulousness and happily posed for photos with their family, friends and supporters. 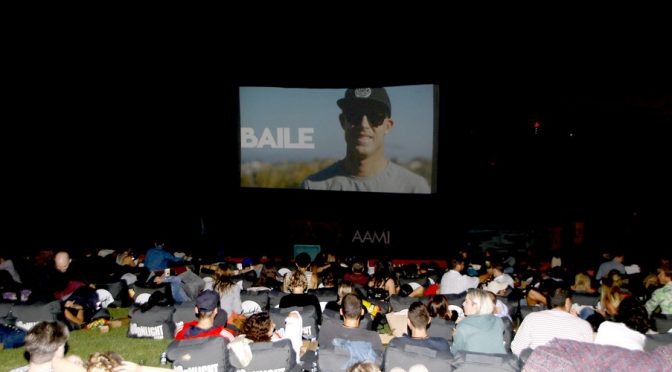 It isn’t officially summer until a bevy of open air cinemas proliferate through Sydney suburbs. END_OF_DOCUMENT_TOKEN_TO_BE_REPLACED 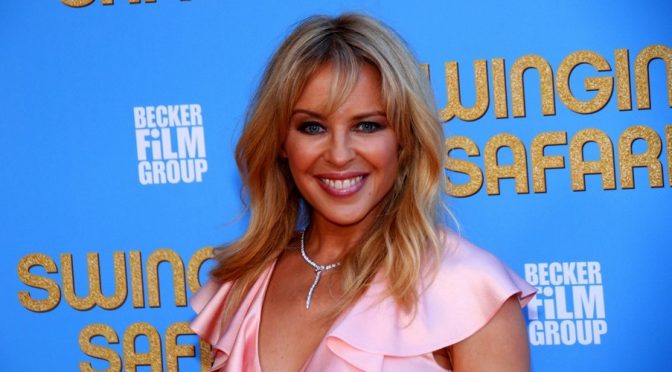 Seeking to repeat the success of the Adventures Of Priscilla, Queen Of The Desert, director Stephan Elliott has written yet another comedy lit by a harsh Australian sun, illuminating the garish coloured wardrobe of its actors.

SWINGING SAFARI is set on  the Gold Coast at the height of a 1970’s summer. The comedy seeks to capture the innocence of an era of constant sunburn, careless parenting and lewd adult behaviour.

SWINGING SAFARI opened in cinemas on the 18th January. 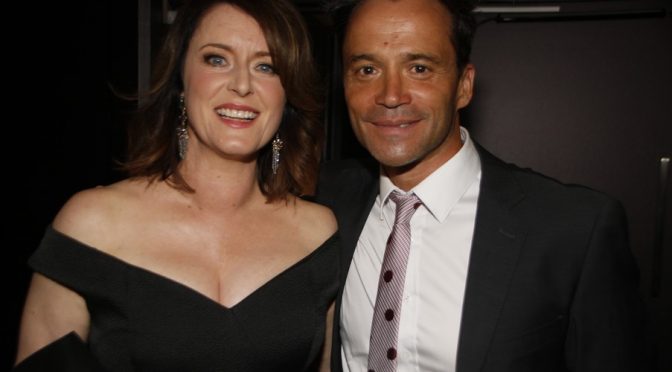 This year’s Red Carpet was a victim of the success of our industry. Most of our biggest stars were working overseas and unable to attend, nevertheless there was enough glitz and glamour on show at Star City to satisfy even the most jaded paparazzo. These are some of my favourite pics. 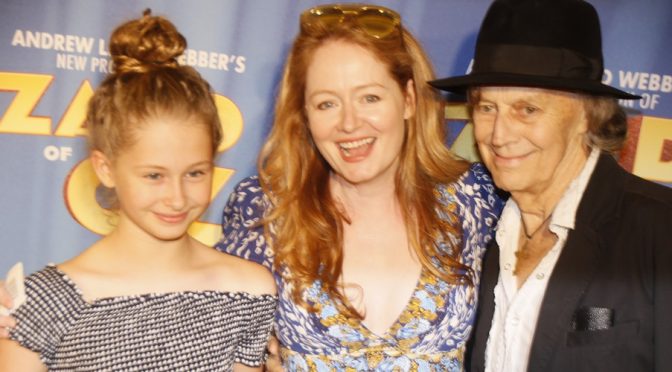 THE WIZARD OF OZ came to Sydney with a glittering opening night at the Capitol Theatre on the 4th January, 2018

This production was a remounting of the recent  London Palladium production features the original songs with some new material  by Andrew Lloyd Webber and Tim Rice.

The production featured two  terriers as Toto, Trouble and his understudy Flick (Trouble’s real life brother). There was a charity performance on Monday 8th January which raised the sum of $27,437.12 for the RSPCA.

Instead of a Red Carpet on opening night, celebrities and their children fittingly walked on a Yellow Brick Road Carpet.

All pics by Ben Apfelbaum (c).