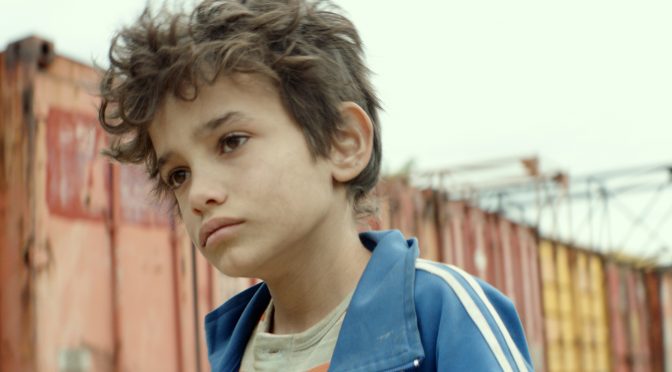 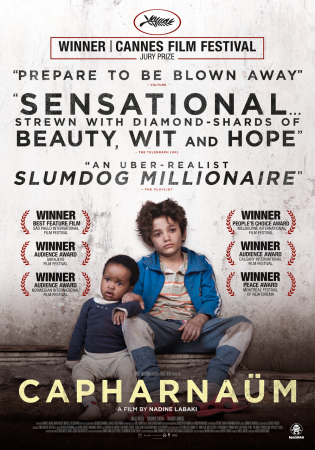 INT. COURTROOM
ZAIN, a 12-year-old boy, faces the judge.
THE JUDGE: Why are you suing your own parents?
ZAIN: For giving me life!

Winner of the Grand Jury Prize at the Cannes Film Festival, Nadine Labaki‘s CAPHARNAÜM tells the story of Zain, a Lebanese boy who sues his parents for the “crime” of giving him life. The film follows Zain, a gutsy streetwise child as he flees his negligent parents, survives through his wits on the streets, takes care of Ethiopian refugee Rahil and her baby son, Yonas, being jailed for a crime, and finally, seeks justice in a courtroom.

The film was made with a cast of non-professionals playing characters whose lives closely parallel their own. CAPHARNAÜM is a film with an expansive palette: without warning it can ignite with
emotional intensity, surprise with unexpected tenderness, and inspire with flashes of poetic imagery. Although it is set in the depths of a society’s systematic inhumanity, CAPHARNAÜM is ultimately a hopeful film that stirs the heart as deeply as it cries out for action.

Director and co-writer Nadine Labaki on the film’s similarity to real life.  ” There were numerous resonances, which made this adventure quite magical. First of all, the day after we shot the scene where Rahil is arrested in the cybercafé, she was arrested for real, for not having any papers. It was hard to believe. When she starts crying as she is being thrown into prison in the film, her tears are real, as she had lived through that very experience. And it was the same thing for Yonas, whose real parents were arrested during the shoot. The young girl who plays him (her name is Treasure) had to live with the casting director for three weeks. All these moments, where fiction and reality conjoined, without doubt contributed to the film’s truth.” 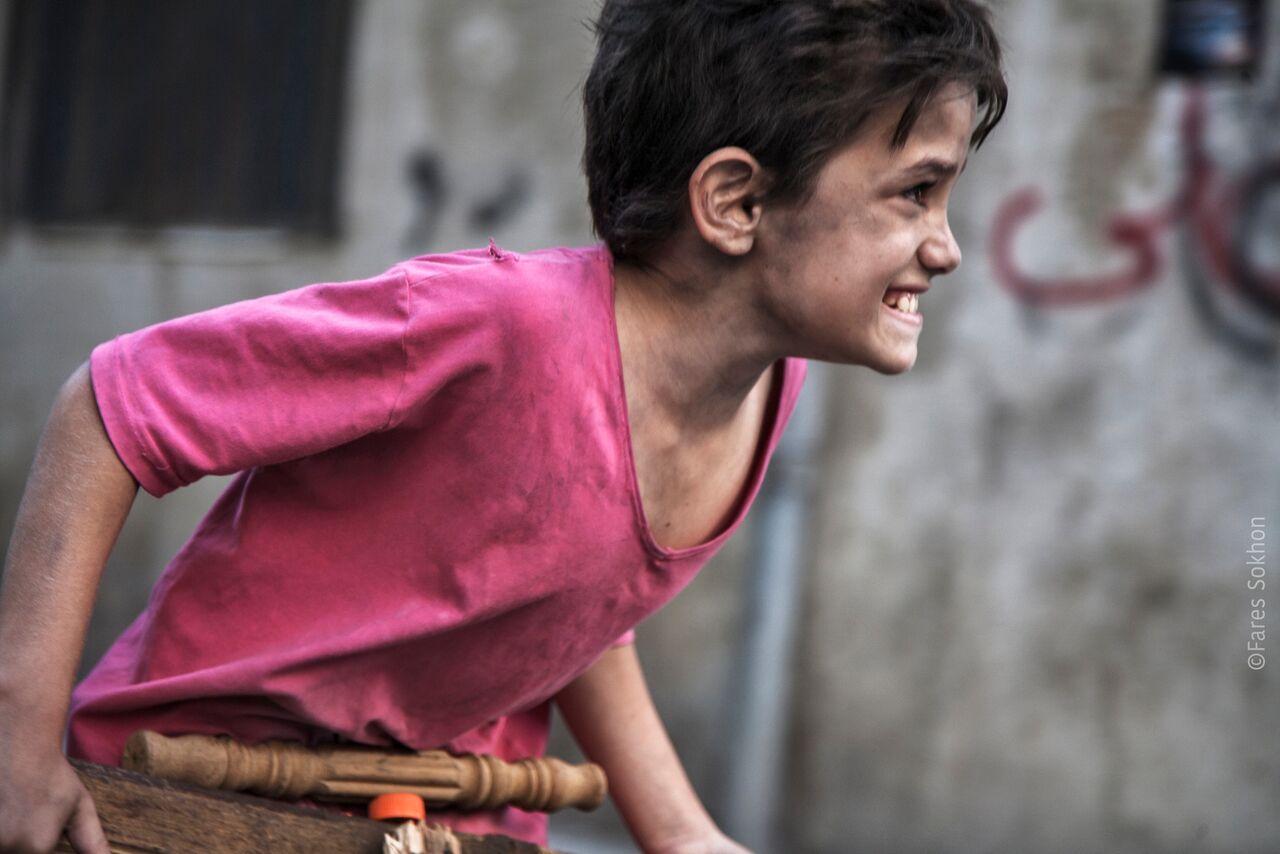