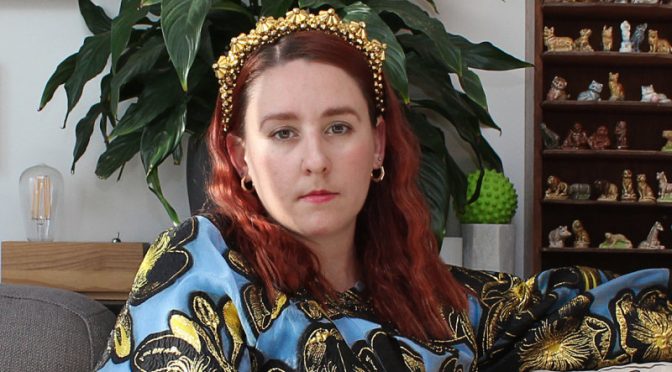 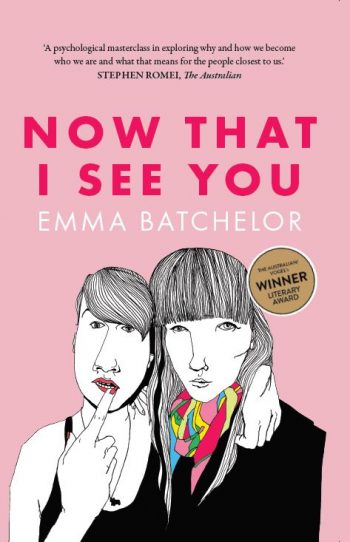 Allen & Unwin has announced that the 2021 winner of The Australian/Vogel’s Literary Award is Emma Batchelor for her novel, NOW THAT I SEE YOU, an authentic, original exploration of complicated  love.

‘The idea originated from and is based on my experience of my own partner’s transition  from presenting as male to female. From the very beginning, I knew I would one day write  about it, but it wasn’t until we separated that I had the time and space to do so.

I took our actual letters and my journal entries and used them as a scaffold from which to  build the story. It was also important to me not to speak for my partner or to tell her  story.’ – Emma Batchelor, winner of the 2021 The Australian/Vogel’s Literary Award

The Australian/Vogel’s Literary Award is one of Australia’s richest and most prestigious literary prizes  for an unpublished manuscript from an author under the age of thirty-five. This long standing award  is integral to Australia’s cultural landscape, having launched the careers of over 100 Australian  authors, including Tim Winton, Rohan Wilson, Kate Grenville, Andrew McGahan and Gillian Mears.

The judges were unanimous with their praise, saying:

‘A psychological masterclass in exploring why and how we become who we are and what  that means for the people closest to us. This is a novel about love—of others and of self— and wants and needs and urges. The lovers at its centre have their own particular  challenges, but deep down they could be any couple.’ –Stephen Romei, Literary Editor of  The Australian

‘The story is an absorbing page-turner from the start, narrated in the first person with  deceptive simplicity through a mix of diary entries, emails, to-do lists, and letters that  contain enough variety to keep the narration fresh, and to keep driving the story forward.  This is clever because it allows the narrator’s strong, direct voice to cut through,  expressing her raw, real emotional upheaval and creating a persuasive impression of  authenticity. The broader portrait of a relationship crumbling, and the questions raised  about what it means to love, are things everyone can identify with.’ –Hsu-Ming Teo, author  and a previous winner of The Australian/Vogel’s Literary Award.

About NOW THAT I SEE YOU :

NOW THAT I SEE YOU  details the breakdown of a long-term relationship after one partner discloses to  the other that they are transgender. This piece of autofiction is told from the perspective of a female  narrator over a period of eighteen months, spanning the first discovery of unknown feminine hairs in  her male partner’s bathroom—through Jess’s transition from presenting as male to female, and then  to the relationship’s eventual disintegration.

NOW THAT I SEE YOU is split into three parts: Us, Them and Me, each with a different area of focus—the  relationship and how it is impacted by Jess’s disclosure, Jess and the beginnings of their transition,  and the narrator and her attempts to put herself back together.

Emma Batchelor is a writer and author from Canberra, Australia. After completing a Bachelor of  Medical Science (Hons) at the Australian National University and taking many gap years to work and  travel, she eventually embraced her desire to write about gender issues, societal analysis and  fashion. Emma lives part time with her partner Jesse and full time with her cat Luna.

NOW THAT I SEE YOU is her first novel.

‘This is my lived experience. Being in a relationship with a transgender person, suffering a  mental illness and eventually getting myself back together.’ –Emma Batchelor