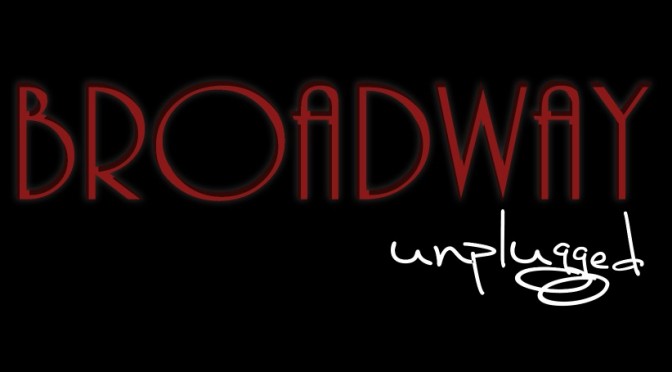 Since everyone knows that Monday is a day of rest for we theatre workers, why shouldn’t the stars of Squabbalogic’s MAN OF LA MANCHA wander in and do a set? Case in point, Musical Theatre royalty, Tony Sheldon, complete with Don Quixote scraggy chin. This is an artist who can fill a huge auditorium night after night in New York but we got to experience that wonderful dynamic range almost at a whisper as he joined with Ross Chisari for a taste of Cervantes and Sancho Panza. He backed this up with a number cut from HELLO DOLLY … the missing solo for Horace Vandergelder. Who knew?

Actually I heard a lot of songs I hadn’t heard before with some grand old standards thrown into the mix. James Lee from 26 STOREY TREEHOUSE was there doing Dressing Them Up from KISS OF THE SPIDERWOMAN. Courtney Glass was awesome. Just meandered up, spoke to the remarkable Musical Director, Steven Kreamer for a minute and suddenly we were on the CAROUSEL with If I Loved You. Her mic technique was flawless and she was just plain engaging. Her My Heart Belongs to Daddy encore was killer.

Not only is BROADWAY UNPLUGGED an opportunity to see cracker musical theatre stars up close and personal but in the second half there is the chance to see 12 rising and nascent stars in the relaxed and casual atmosphere of an Open Mic session. Songs from the 25th Putnam County Spelling Bee, Smash, Cry Baby,  even Cops the Musical … who the hell has heard of that? It never even opened!

These 12 artists are definitely not raw talent. This is not pub karaoke. They were all polished performers with a clear vision and trained voices. Some presentations might need a bit more buffing but the talent in the room was palpable, apart from my friends and me. We don’t have any talent between us but we know good Musical Theatre when we hear it and we are bringing a bigger crowd next time.

So actually, I have changed my mind. Don’t tell anyone. At least until we have booked our table for the next show on Monday 16th March.