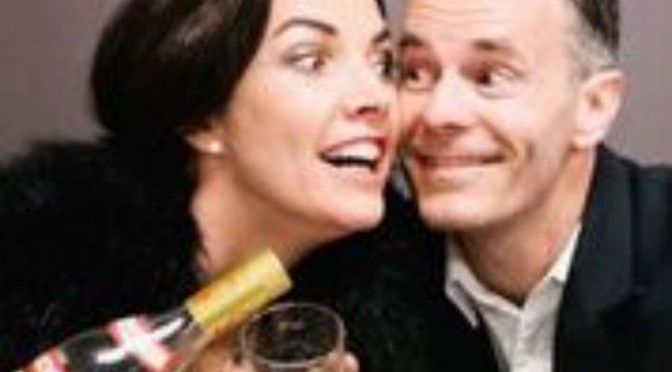 Chekhov is such a specific playwright that he even has an adjective. However, AFTERPLAY, which is part of the Sydney Fringe and playing at Old 505, avoids being Chekhovian despite the characters having been pulled from lives created by the Russian master of Realism. Unlike many of the reverentially comic interpretations of the Chekhov canon, this production has many laugh-out-loud moments.

Sonya is the smart, plain niece of UNCLE VANYA and Andrey is the dissolute, disillusioned brother of the THREE SISTERS. In a post-revolutionary Russian café twenty years after we last saw them, then in the environment created by their master, we meet them again: this time shaped by a modern master. They don’t know that they share a maker but there is a connection wrought of loneliness and the experience of their younger selves.

Brian Friel has been called the ‘Irish Chekhov’. It was announced this year that there will be an annual Festival to celebrate the man considered to be Ireland’s greatest living playwright. The festival, in August, will include his most famous work DANCING AT LUGHNASA and will have performances on both sides of the border between the two Irelands. Friel is also nationalistically revered for his translation of the THREE SISTERS (twice) and of UNCLE VANYA into Hibernian English.

AFTERPLAY is the final in a suite of 3 one act plays with Chekhov works as inspiration. Friel knows Sonya and Andrey inside out and they arrive as fully fleshed characters. You don’t need to know their backstory; they have a life of their own. I specifically took a friend with no experience of the originals to see the show and we both really enjoyed it.

Emma Skelton’s Sonya is brittle yet warm. She smiles easily as she encourages Andrey to join her at her table and she is quick to question meanings and ideas as he clumsily tries to charm her. Underlying this quick-wittedness Skelton allows her character an inability to accept her choices and denial of the love sick creature she still is after all these years.

Wayne Bassett’s Andrey is less convincing at the outset. He is slightly too overt in his motivations. Director Heide Manche has allowed Bassett to foreshadow his manipulations and ‘fictions’ too early and openly. The element of surprise, even perhaps a sense of mystery, is lost in his initially hesitant speech and squirmy body language. When he does a great job is after the vodka hits and both Andrey and Sonya are delightfully vulnerable. In the later part of the play Bassett is calmer, less mannered and we see the desperation which drives Andrey.

The two cast members work well together and have a strong rapport. And they can be really funny. Skelton and Bassett don’t overplay the comic aspects of the text, the laughs come from the lightness and character driven wordplay of their desperation.

As the show ends we really hope that Sonya and Andrey will cross paths again now that they have told each other the truth behind their current lives. The final action of the play allows for this optimism. That part is definitely Chekhovian!

AFTERPLAY continues at the Old 505 until 12th September as part of the Sydney Fringe.