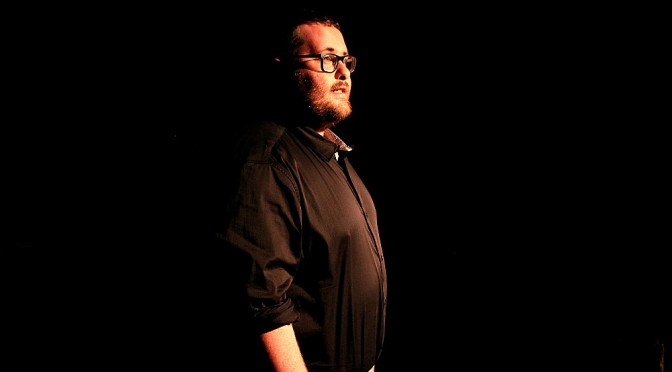 Recounting the tragic events of the Matthew Shepard murder, THE LARAMIE PROJECT tells a story dealing with issues of gay hate crimes, sexuality and the death penalty in rural America.

The senseless and vicious murder took place in Laramie, Wyoming in the States in 1998 and eight members of The Tectonic Theatre Company travelled to Laramie and conducted over two hundred hours of interviews with sixty local residents. From these interviews they crafted this play which expressed their views on the crime, on Laramie society, and on issues around the death penalty in America.

Most actors will tell you that they need a few nights to polish their performance before a season begins. With only one preview night on which to do that, the cast had to really work hard to be ready for opening night. Which is why the entire cast should be congratulated on their very polished performance.

Director Kathryn Mae Thomas successfully managed to re-create the story using sixteen performers who had to play the sixty residents who were interviewed as well as the central characters in the drama.

Kathryn overcame the difficulty of staging the action with clever direction using the semi-arena style stage area. The entire cast, made up of actors of  different race and sexuality brought credibility, warmth and poignancy to their characters. Ingenious and quick costume changes helped to identify the many different characters.

This was the third production of this play I have sat through, and I was just as moved by this one as I was by the previous two. Having played to full houses on the preview and opening nights, this play could easily have run for a few weeks. To have the chance of performing in this particular play would be a gift for any actor, and the entire cast showed their appreciation to the director by performing superbly. So, to all those involved, both cast and crew, take another curtain call.

Sadly, the Blackout Theatre Company’s revival of THE LARAMIE PROJECT played only a very brief season at the Depot Theatre, 142 Addison Road, Marrickville between 6 and 9 July.