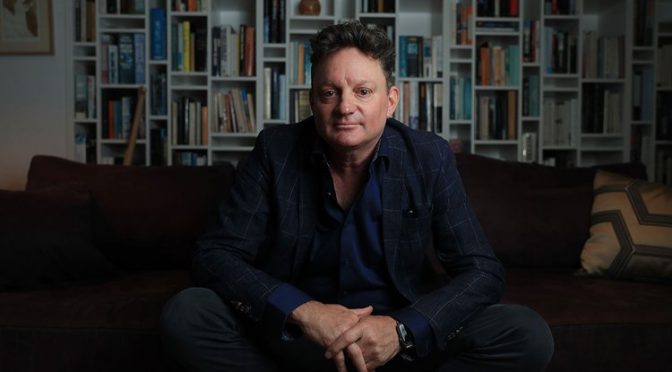 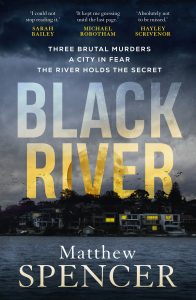 The banks of the Parramatta River are the hunting ground of a serial killer dubbed the Blue Moon Killer, the coves, the estuaries, the tributaries harbouring homicidal menace.

The latest slaughter is on the grounds of an exclusive school in the week before New Year.  The police investigation is headed by Steve O’Neil, bald, scarred, veteran homicide detective, alpha male, and his latest protege, Sergeant Rose Riley.

One of the press investigating is Adam Bowman, a former pupil of the school whose editor thinks he might have an insider’s grasp, especially as he lived on the grounds due to his father being a teacher there.

It’s a lifeline of sorts as Adam Bowman is a journo who seems to have missed the boat in the career and relationships stakes, lodged on the low wrung on the ladder to success. He blames the state of himself on alcohol. He could drink a bottle of wine while wondering what to drink that night.

As Spencer has it, “Bowman’s life was a punchline to a dad joke.” In his cups career wise, this assignment may prove a poisoned chalice.

This is former journalist Matthew Spencer’s debut novel and it’s a beauty.

Part from the aforementioned Bowman, O’Neil and Riley, there’s the forensic psychiatrist, Wayne Farquar, the stocky, sixtyish, grey beard who enjoys going into the field and imparting his venerable knowledge to the plods.

And the array of suspects is terrific too, from haughty headmasters to shady politicians, groundsmen, gardeners, and even cops and reporters.

There’s more than a nod to Sherlock Holmes as well, as a case of his is alluded to and informs a direction in the ultimate deduction and solving of the case.

Along with literary allusions and characters with authentic and complicated internal lives, Spencer conjures a great sense of atmosphere with moody descriptions of Sydney and its western waterways.

BLACK RIVER by Matthew Spencer is published by Allen & Unwin