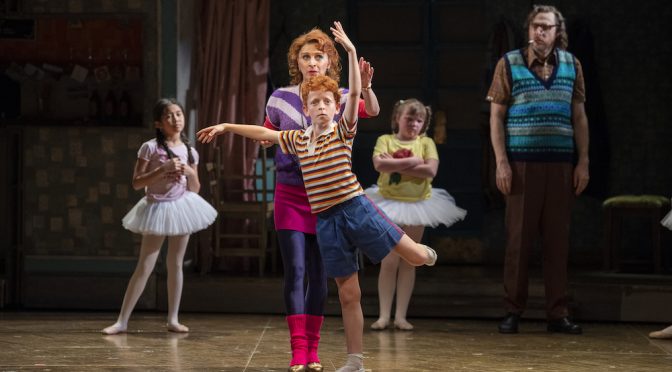 BILLY ELLIOT THE MUSICAL has danced back to Sydney with its tenth anniversary production.

The story is as heart warming as ever, as it charts the journey of Billy Elliot a young boy raised in a small, close British mining town. It is set against the very  dark  backdrop of the 1984/1985 miners’ strike with the miners defiantly clashing with none other than the Iron Lady, Margaret Thatcher.

The scene where Billy is slow to leave a community hall after his boxing lesson and becomes entranced by a small ballet class which has taken over the space still has a lot of power.

Opening night was a great occasion with Jamie Rogers superb in the leading role. Jamie is sharing  playing the role with three other actors comprising Omar Abiad, River Mardesic and Wade Neilsen. Jamie’s performance  dancing was something to behold.

The very experienced Kelley Abbey impresses as the tough ballet teacher, Mrs Wilkinson who gives Billy Elliot a lot of support as he receives a lot of flak over taking up ballet dancing.

Justin Smith portrays Billy’s father as a stoic man who accepts Billy’s choice after he has recovered from the initial shock.

Robert Grubb portrays George, a miner and the town’s boxing coach as a gruff, humourless figure.