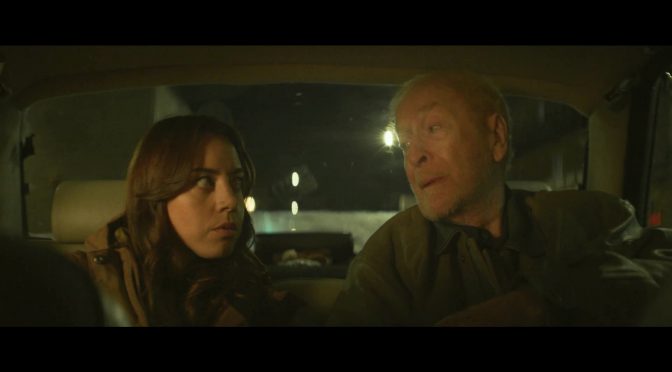 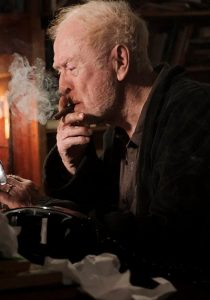 Michael Caine raises Cain as a cranky, cantankerous reclusive writer in BEST SELLERS, a patchy, uneven film about the vagaries of publishing.

Aubrey Plaza plays Lucy, who has inherited her father’s boutique publishing house. Things are not going well and a rival house run by an ex boyfriend is circling.

Desperate to keep her father’s legacy afloat, she discovers the company is owed a book by Harris Shaw, a reclusive, cantankerous, booze-addled author who originally put the company on the map. And her timing, it appears, couldn’t be more perfect as Harris owes money and he happens to have a new book.

Lucy’s ecstatic until she finds out Harris’s old contract stipulates that no one edit his work. However, in exchange, he must tour the book. And so is born the book tour from hell – where fame doesn’t equal fortune, tweets don’t add up to sheet, and nobody seems to read anymore.

Not exactly up there with the cream of the Caine canon, BEST SELLERS is an amiable tale with Sir Michael relishing flexing his curmudgeon credentials as the grumpy old man of letters, a Pynchon Sallinger hybrid. Or maybe an homage to his old mate, the late Sir Sean Connery, and his portrayal of a reclusive writer in Finding Forrester, arguably his last best role and performance.

Written by Anthony Greico, BEST SELLERS has all the writerly complaints that run the gamut of grievances from acerbic critics, fickle public, publicity fixated publishers and meddlesome editors. The character of Harris Shaw wouldn’t trust any of them to be able to spell the word bullshit and contrives to call his new book bullshite during his author tour.

He further takes the piss by urinating on his book, giving new meaning to the term fly leaf. Gratefully, he doesn’t stoop to redefine end papers!

Co writer/Director Lina Roessler helms with a rather pedestrian pace presumably to mirror the glacial relationship between Lucy and Harris.

BEST SELLERS is unlikely to set the box office on fire but hats off to Sir Michael Caine for continuing to work at 88 and not be embarrassing.