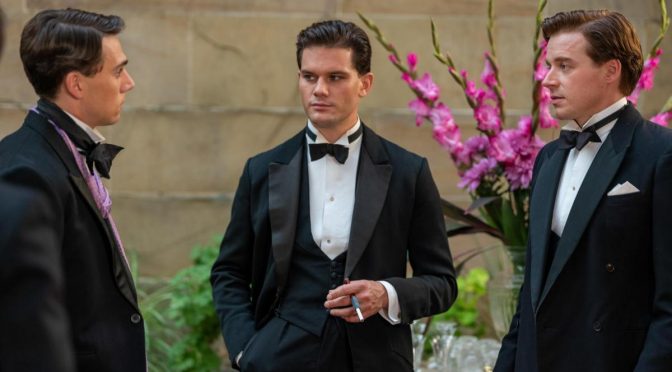 A masterpiece, BENEDICTION is writer director Terence Davies at his best.

Essentially a biopic of poet Siegfried Sassoon, it is also an exploration and examination of all the habits of subterfuge that were necessary for survival for gay men at the beginning of the 2oth Century.

Sassoon was notably brave in combating German forces on the Western Front in the First World War, winning the admiration of the men who fought beside him and being decorated with the Military Cross for his courage. But he was horrified by what he saw as the futility of huge losses of life on both sides, and on returning to Britain to convalesce, he wrote a blistering letter to his commanding officer, stating he would perform no more military duties.

In this letter, he admitted ‘I am making this statement as an act of wilful defiance of military authority because I believe that the war is being deliberately prolonged by those who have the power to end it.’

Sassoon could have faced a court-martial, but instead was dispatched to Craiglockhart, a war hospital near Edinburgh, where he was officially diagnosed with ‘shell shock.’ At Craiglockhart he encountered W.H.R. Rivers, beautifully played in the picture by Ben Daniels, a sympathetic doctor whose discreet homosexuality suggested to Sassoon they had more in common than expected.

He also met Wilfred Owen, another poet, who inspired Sassoon to mentoring. The two men became friends, a relationship that may have bloomed into something more had not Owen been killed in battle in 1918, just days before the war ended. One wonders whether this was the one true, holy, maverick and melancholic fate.

Affairs ensued in peace time with Ivor Novello, the self centred songwriter and singer, a love em and leave em Lothario and the outrageous Stephen Tennant, but he buckled to the hetero normative position of the period and married a woman dooming himself to decades of misery, resentful of wife and son, a dismal exercise in fatherhood a reminder of the vast unhappiness generated in the days when homosexuals felt obliged to marry heterosexuals. 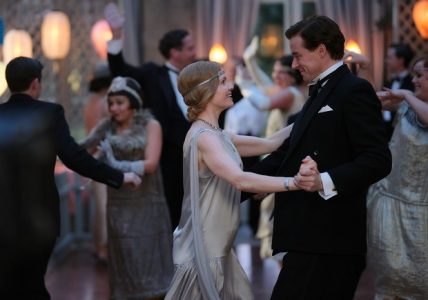 Jack Lowden is sensational as Sassoon, with swooning good looks and suave demeanour. Indeed, the casting all round is impeccable as is the design, both production and costuming.

Davies jolts BENEDICTION out of the straight forward costume drama with innovative juxtaposition of documentary footage with his scripted narrative, driving home the nightmare of war for those who have survived. Additionally, he has assembled a music score that includes Ghost Riders In The Sky by Vaughan Monroe, anachronistic and anarchic effect, as well as popular songs from Gilbert and Sullivan, Ivor Novello and the Gershwins.

And there is the poetry, “Anthem for Doomed Youth” and “Disabled” written by Wilfred Owen, “Died of Wounds” “When I’m among a Blaze of Lights” “To my Mother” “To my Brother” “Attack” and “Invocation” all written by Siegfried Sassoon.

BENEDICTION will have you down in adoration falling.