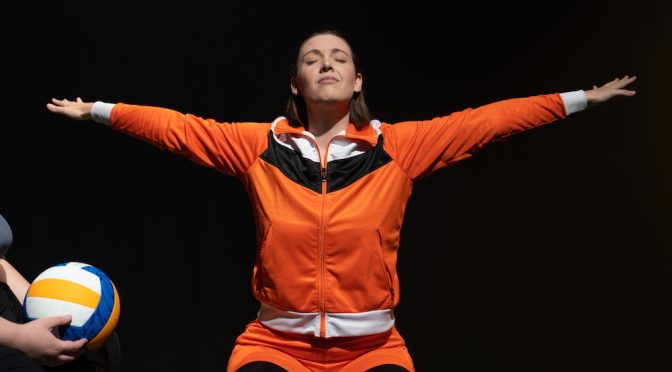 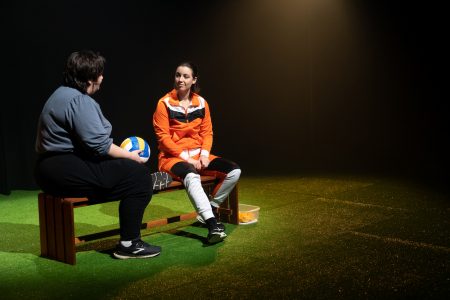 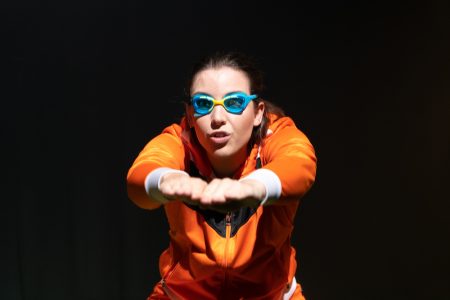 A good friend of mine Eliza is a fanatical runner. Any chance she gets she is up and away.

It goes back to when she was in school. She would get up early, sometimes as early as four in the morning, and go for a long run before coming home to shower and have breakfast before school. She’d compete every year in the athletics carnival and the state cross country events. Very impressive.

I have never been into running. The best I can do is a gentle canter around the beloved Centennial Park followed by a well deserved ice coffee. Well, that is what I tell myself.

Jamile was a sporty kid growing up. In  Jamile’s teens Jamile’s body started playing up with a terrible condition that Jamile describes best. It became too painful for Jamile to stand. Just to walk a little walk was the best that Jamile could do. And that was a real treat.

Jamile’s condition worsened and at the age of 20 Jamile resigned to the fact of being in a wheelchair for the remainder of life.

In Jamile’s show at the Darlinghurst Theatre Jamila  sits on a bench, centre stage, facing the audience. All of Jamile is up there.

The premise of Jamile’s show is that Jamile has invited five brave, willing audience members, waiting backstage, to individually join Jamile on the bench, share two slices of an orange and have a chat. The chat always ends with Jamile asking for them to take a walk or a run in the coming days. One of Jamile’s  ‘subjects’, I can’t think of a word to put it, actually did a lap of the stage right then and there. He drew applause from the audience.

With each guest Jamila confided that ‘they’ would love to be able to run again. To have that rush, that thrill.

Jamile told each guest that, ” I am one of the toughest people I know’.  Jamile may well be right. Speaking personally I would find it agonisingly hard to feel that longing, that ache for something out of reach, every single day.

Two things came to mind. I have a book, it is only a tiny book,  by a Buddhist monk Thich Nhat Hanh, entitled  ‘How To Walk’. It is a series of meditations about walking. Hanh constantly harks back to how great that feeling is to feel one’s feet on mother earth. To feel each step.

BENCHED was a deceptively simple, poetic and resonant work of theatre. One is richer for having seen it.

A Darlinghurst Theatre Company production, Jamila Main’s BENCHED is playing the Eternity Playhouse, 39 Burton Street, Darlinghurst, until the 29th May, 2022.