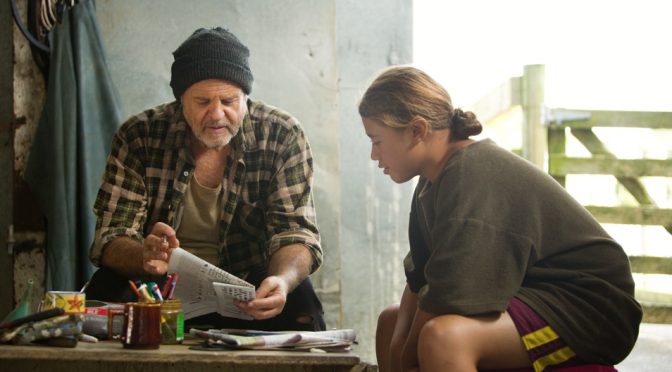 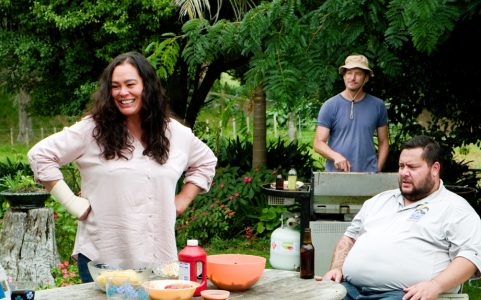 On the face of it, BELLBIRD seems an uneventful film, yet it teems with tiny incident, underplaying fundamental life dramas with a refreshing, truthful lightness of understatement.

Marshall Napier plays taciturn Ross who has farmed the land all his life, just as his father and grandfather did before him. A singularly silent man, Ross farms the land alongside his far more exuberant wife Beth, an eager participant in the local choir, ebullient and gregarious where Ross is reticent.

When Beth suddenly dies, Ross is crushed but incapable of displaying his emotions. Their son Bruce, a junk yard janitor and recycling enthusiast offers solace and moves back in and tries to help, but he’s really not suited to the farming life and like his stoic dad, also has great difficulties in expressing himself.

The community rallies and tries to be as helpful as possible, but grief has upended the gravity of Ross’s existence. The routine of daily chores, once nourishing and purposeful, have shrivelled in their core importance, wobbling the farmer from his orbit. And Bruce’s wavering ability and aptitude adds to his unsettledness.

Bruce wants so much to help his dad but shovelling shit and dealing with bovine uterine slime just isn’t his thing.

Luckily, there are those who don’t mind, like the local vet, Clem, and a young Maori kid, Marley, who’d rather muck and milk than go to school. These are the characters who seep into Ross’ sphere, and Bruce’s as well, allowing support to soak through the grief and confusion they’re both suffering.

If you’re looking for gross escapism when venturing back to the cinema after all these months, BELLBIRD is probably not for you. But if your looking for simpatico after the lock-down, a beautiful sense of community and filial love, then BELLBIRD is just the ticket.