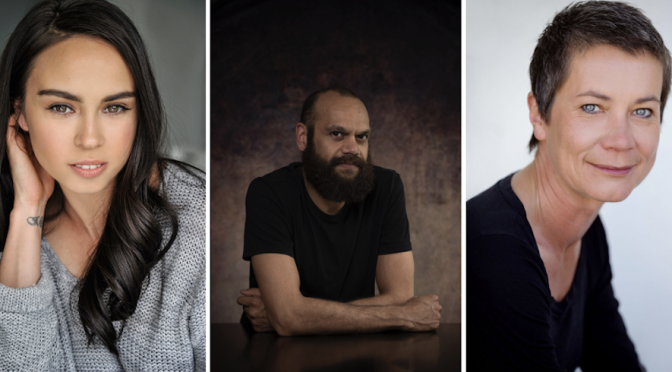 Bell Shakespeare has announced the cast for the upcoming production of A  Midsummer Night’s Dream, travelling to 26 venues across Australia in New South Wales, Victoria,  Western Australia, Northern Territory, Tasmania and Queensland between July and November this  year.

One of Shakespeare’s most loved plays, this production of A Midsummer Night’s Dream directed by  Bell Shakespeare Artistic Director Peter Evans, will depart on an extensive national tour, debuting at  Orange Civic Theatre (2 – 3 July) before travelling to far corners across the country including Arts  Centre Melbourne (14-24 July), BREC in Bunbury (31 July), Araluen Arts Centre in Alice Springs (4  September) and Mackay Entertainment Centre (9 September), before finishing at the Sydney Opera  House (14 October – 7 November). As the company’s first national tour in more than a year due to  COVID-19, this will bring Shakespeare’s classic comedy filled with magic and mirth to audiences all  over Australia and reflects the company’s ethos of providing all Australians with access to  Shakespeare.

Jane Montgomery Griffiths will star as Bottom and Egeus, and Ella Prince will put her spin on the  mischievous Puck. The four lovers will be portrayed by Michael C. Howlett (Demetrius), Abbie-lee  Lewis (Hermia), Gabrielle Scawthorn (Helena) and Jacob Warner (Lysander). Artistic Director of Yirra  Yaakin Theatre Kyle Morrison appears as Oberon and Theseus alongside Imogen Page as Titania and  Hippolyta.

Evans’ fresh approach focuses on the play within the play, looking at the illusion of theatre and  performance itself, with the assistance of Movement Director Nigel Poulton. A highly physical  production with eight actors playing multiple parts, audiences will be taken on a whirlwind journey  through the magic, mayhem and romance of this story.

Peter Evans, Artistic Director of Bell Shakespeare, said: “As Australia’s national theatre company, we  cannot wait to return to touring and couldn’t think of a better play than A Midsummer Night’s Dream to really celebrate the joy and magic of live theatre. It’s always a thrill to travel to audiences across  the country and it’s a privilege to be sharing this production with Australians in 2021.”

A Midsummer Night’s Dream will travel to 26 venues across Australia as listed below:  • 2-3 July | Orange Civic Theatre, Orange NSW

About A Midsummer Night’s Dream

One of Shakespeare’s earliest comedies, A Midsummer Night’s Dream deals with the universal theme  of love as well as darker themes of lust, confusion and disappointment. It follows the adventures of  four star-crossed lovers (Hermia and Lysander, and Helena and Demetrius), a disgruntled father, a  duke and duchess, woodland fairies (Oberon and Titania) and a mischievous fairy servant (Puck).

Taking place in a mythical Athens and an enchanted forest outside its walls, an additional satirical tale  introduces another set of characters; a group of amateur actors known as The Mechanicals, who  stumble into the same mystical woods to rehearse a play called Pyramus and Thisbe.