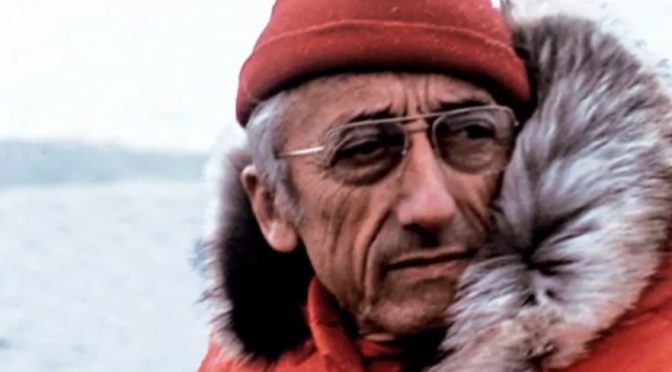 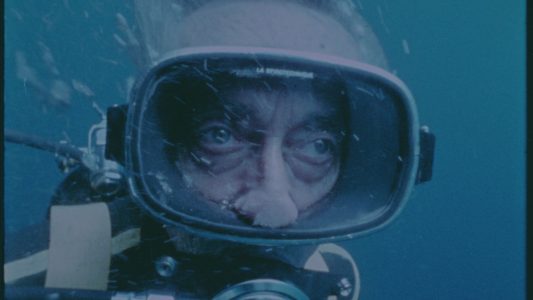 Federal parliamentarians would do well to scope BECOMING COUSTEAU before the Glasgow Climate Conference.

Of course, back then, as is now, there was hostility and backlash. His top rating television show was cancelled for being gloomy, pessimistic and alarming.

BECOMING COUSTEAU is a lustrous look at the life, passions, achievements and tragedies surrounding the famous inventor, film-maker, explorer and environmentalist Jacques Cousteau, featuring an archive of his newly restored footage.

A naval officer with an obvious joy of being on the water,  strangely it was a car crash that caused Cousteau to take to the water as a swimmer and snorkeler, to go under the water, a passion and obsession that gave vent to his invention of the self contained breathing apparatus and the underwater camera casing.

Both these developments set him on course to become an Academy Award winning film-maker, scoring Best Documentary Oscar in 1956, and a further two over the next decade. Cousteau despised the term documentary, describing his movies as Real Adventure Films, which they undoubtedly were.

For over four decades, Jacques-Yves Cousteau and his explorations under the ocean became synonymous with a love of science and the natural world.

Ironically, the seed money for his exploits came from British Petroleum, who hired him to map the sea bed of the Persian Gulf. As he says in the film, “We found their oil.”

Initially, through ignorance and pecuniary opportunity, Cousteau was part of the problem of the depletion of the aquatic habitat, but the lived experience of constant diving caused Cousteau to learn to protect the environment, sounding alarms more than 50 years ago about the warming seas and our planet’s vulnerability.

In BECOMING COUSTEAU, from National Geographic Documentary Films, two-time Academy Award®-nominated filmmaker LIZ GARBUS takes an inside look at Cousteau and his life, his iconic films and inventions, and the experiences that made him one of the 20th century’s most unique and renowned environmental voice, a man who inspired generations to protect the Earth.