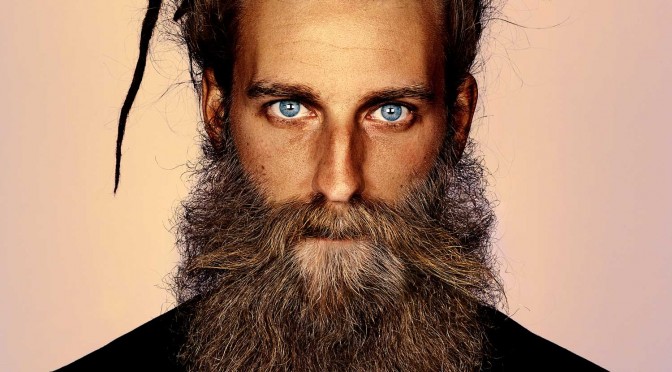 Every smart phone user is a photographer. See it all on Instagram! Whilst some photographers have been concerned about the impact of the social media, Michael Reid of Michael Reid Galleries surmises that the market for photography has been expanded and that good quality ‘percolates to the top’, clearly identifiable because it is rare.

Such quality is evident in Brock Elbank’s BEARD currently on at Michael Reid Gallery. Brock praises his foundation in film photography as underpinning the quality of his work. He has spent over 18 years as an advertising and portrait photographer in London, Sydney and US. Brock uses social media to source subjects, to obtain interim feedback and to market his work. Yet seeing the work in a gallery allows scale and light to touch the viewer in a way that social media images don’t. Eight images are on display in Sydney and a further five concurrently in Berlin, both exhibiting in Michael Reid Galleries.

The beard can be regarded as a symbol of hyper-masculinity, so it is profound that Brock has included a female and a drag queen. Also he has described several of his subjects as being humble. With the exception of the drag queen, none of the subjects wore any make up, yet this goes unnoticed as one is drawn to their striking eyes penetrating above their beards.

The pretty soft healthy curls of Harnaam Kaur contrast with the brittleness of Stefan Bostrom’s beard. Whilst fashion designer, Angelo Gallamini, is draped in rich coloured fabric, it is still his eyes and cascading white beard that command primary focus. Carl Fredriksson’s portrait is balanced with his nest of hair and beard aligned with his bright eyes as the fulcrum.

The colours of the backgrounds support and distinguish the subjects so that they are all that matters. The light ensures that the facial structures provide the scaffold for the beards.

Many may leave this exhibition with a more detailed appreciation of beards, in their structure, growth, attachment, character and colour, and what if anything they are hiding, saying or embellishing.