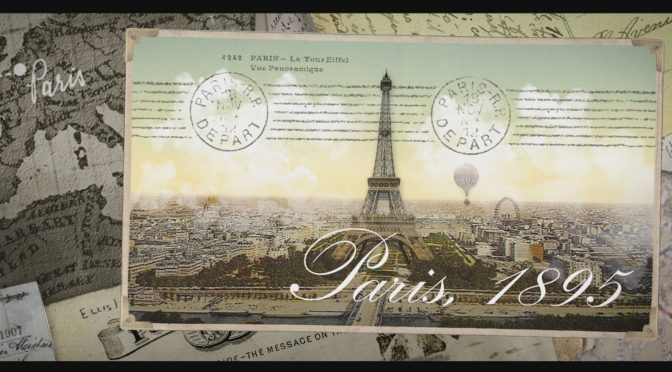 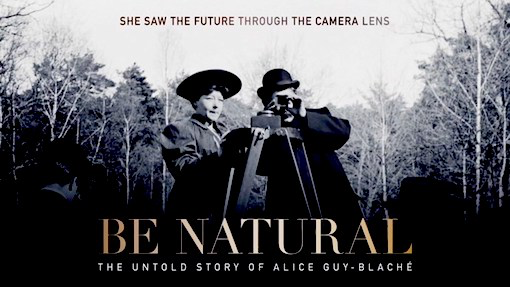 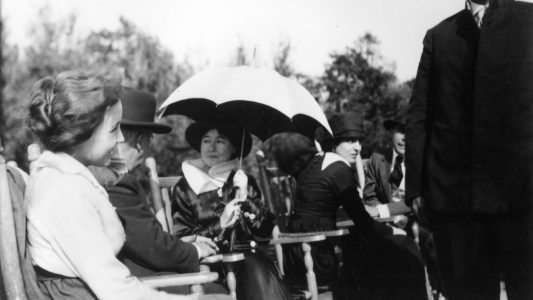 Pamela B. Green’s BE NATURAL: The Untold Story of Alice Guy-Blaché, narrated by Jodie Foster, is a feature documentary that reveals for the first time the full scope of the life and work of cinema’s first female director, screenwriter, producer, and studio owner, Alice Guy-Blaché.

Who? I hear you ask.

For Alice Guy-Blaché has been forgotten in the annals of film history, a travesty and a tragedy, a conspiracy of concealment beyond human imagination.

Alice Guy-Blaché, she was a formidable force of fervour and BE NATURAL explores the heights of fame and financial success she achieved before she was shut out from the very industry she helped create.

Guy-Blaché started her career as a secretary to Léon Gaumont and, at 23, was inspired to make her own film called La Fée aux Choux (TheCabbage Fairy), one of the first narrative films ever made. After her film making career at Gaumont (1896-1907), she had a second decade-long career in America, where she built and ran her own studio in Fort Lee, New Jesey, the precursor of the dream factory that became Hollywood.

Over the span of her career, she wrote, produced or directed 1,000 films, including 150 with synchronised sound during the ‘silent’ era. Her work includes comedies, westerns and dramas, as well as films with groundbreaking subject matter such as child abuse, immigration, Planned Parenthood, and female empowerment. She also etched a place in history by making the earliest known surviving narrative film with an all-black cast.

Green’s glorious film is a righteous resurrection of a film maker whose reputation was almost annihilated by neglect, obliterated by powerful and jealous men, an unsanctified burial of a prodigious and profound talent who wrote, produced, directed and art directed a vast array- a thousand authenticated pictures that bear her name – covering every possible genre.

The title, BE NATURAL comes from Alice Guy-Blaché’s mantra to her actors. Beseeching naturalness, her performers complied, a genuflection to her genius as a director of image, inflection, gesture and composition.

A pioneer of motion picture production, Alice Guy-Blaché was technically astute, blessed with an acute business acumen, and a creative verve, and the found footage of her work is a marvel to behold.

The documentary shows her influence on such recognised masters of film as Sergei Eisenstein and Alfred Hitchcock, and the fascinating archival footage supplies plenty of forensic evidence to prove it.

Executive produced by Jodie Foster, Robert Redford and Hugh Hefner, BE NATURAL is a magnificent, must see film that lifts the lid on a lady who led the way in the fledgling film industry and was subsequently forgotten, a fact that is unfathomable when you see the work on display.

Like an extraordinary and exotic episode of Who Do You Think You Are?, complete with rigorous investigative detective work and film restoration,

BE NATURAL deserves a wide audience who will be left wide eyed and gob smacked. The exhibition window is narrow, with the Sydney season screening solely at the Ritz Randwick.

BE NATURAL – be grateful for small mercies.