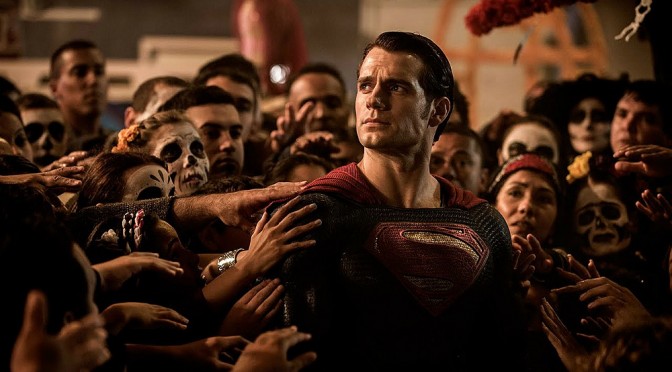 On September 11, two thousand and one, four commercial airliners were hijacked in the United States and used to attack key US landmarks. Three days later the United States Congress passed the Authorised Use of Military Force (AUMF) bill, authorising use of the US Armed Forces against those responsible for the attacks.

Nine days after September 11, then American President George Bush told Congress “every nation in every region now has a decision to make: Either you are with us or you are with the terrorists”.

A month after September 11, then Secretary of Defense Donald Rumsfeld told the aircrews of the 509th Bomber Wing, “Either we change the way we live, or we must change the way they live. We choose the latter. And you are the ones who will help achieve that goal.”This line of thinking—an extension of Bush’s ”America first” unilateralism ideology—and the military powers granted to the president formed the Bush Doctrine—American foreign policy based on preventive action and later preventive warfare, rather than preemptive action.

The Bush administration told the public that the invasion of Iraq was to prevent the country from producing and supplying atomic weapons to America’s enemies. It was warfare based on a perceived threat.

The events of September 11 and the policies and actions of the United States government further embedded paranoia and exceptionalism in the American psyche. The country further insulated itself from the world. Civil liberties were removed in the name of security and peace. The enemy is now ISIS but it wasn’t always ISIS and that’s the point—it’s war all the time.

It’s no great surprise then that during this time, films based on comic book superheroes became the most popular and profitable form of cinema at the US box office. These films allowed Americans to relive the events of September 11 by showing them mass destruction on the country’s most prolific cities. Every film had a major skyscraper crashing down to the Earth, covering the city in dust. And in each of these films there were defenders of the people—sometimes one, sometimes a group of them—who would avenge these atrocities.

Men and women of pure heart and superhuman strength would hold evil symbols (because these villains are symbols, not characters) accountable. The heroes are American (one of them is named Captain America) while villains are given accents—particularly British accents—because English in another accent is still some kind of other. These films would show helpless civilians praying to God and their prayers being answered by superheroes. And government officials would pray for God to protect their constituents from evil. It’s a particular kind of American cinema that revels in September 11 imagery and the godlike soldiers that rescue the nation from despair. The message was clear: your government is keeping you safe and will always seek revenge for you.

The formation of the United States psyche is littered with godheads. You only need to see the deification of the founding fathers—slave-owning men who still had to shit into a hole in the ground—to see that Bush merely exploited a situation of fear, and did not create it.

It’s impossible not to think about these things when watching Zack Snyder’s BATMAN V SUPERMAN: DAWN OF JUSTICE. The film opens with a September 11-like event complete with Bruce Wayne (Ben Affleck) running into the dust cloud of a collapsing building. This scene is a retelling of the closing battle of MAN OF STEEL—also directed by Snyder—which only showed the source of this destruction—an aerial battle between Superman (Henry Cavill, also reprising here) and Zod (Michael Shannon, not appearing here)—and not the human catastrophe.

By retelling this scene Snyder sets up a film that is ready to examine the actions of the United States post-September 11. And it does to a point and the film is infinitely more interesting than its contemporaries because of it.

Bruce Wayne/Batman perceives Superman as a threat and must be brought under control. Taking his cue from Frank Miller at his most extreme, Snyder’s Batman is an authoritarian that tortures his subjects to gain information that could save lives.

Superman is revered as a God, yet Snyder shows that his actions do have adverse effects on the human world, which is more than any other cinematic iteration of the character can say. There have been public lamentations that Snyder’s brand of Randian objectivity hates the Superman character and the director relishes in destroying it. Such thoughts are limited in their perspective and locked to an infantile memory. If Superman is the personification of a American purity it certainly makes sense for that character to accept that its good intentions can still murder innocent civilians. The Obama administration is testament to that.

The Superman and Batman of Snyder’s world are accurate representations of American values and justice. Even the title suggests a mirror to modern American foreign policy—it’s the beginning of a brutal brand of justice that the American people will accept and buy into. I don’t know whether Snyder uses this as a critique or to titillate his own fantasies, and after sitting through two and a half hours of this universe, I don’t really care.

BATMAN V SUPERMAN: DAWN OF JUSTICE is not a well-made film. Threads of the themes mentioned above run in and out of the film though I don’t think the makers (Snyder and writers Chris Terrio and David S. Goyer) are really interested in exploring them.

The film is ultimately conceived and executed as a forgettable piece of popular media whose only aim is to introduce the next film. Lex Luthor (Jesse Eisenberg) hints at the arrival of something sinister at the end, Wonder Woman (Gal Gadot) appears briefly, and briefer still are appearance by the Flash (Ezra Miller) and Aquaman (Jason Momoa)—these brief appearances only serving to tease their future films. And we’re supposed to be excited for the next one and forget we even saw this one.

The film is technically accomplished—something that should be said about most films—which is a credit to the professionals who work behind the camera to create films like this. The technical achievements only serve to highlight the limited vision of the film’s key creative voice—the director. There is nothing within the film that suggests an inventive vision that could explode a new art form. There is nothing unique in the images or the blocking within those images. The final battle is a mess of swirling camera work and nonsensical cutting that only serves to remind you how cartoonish it all is. There is no urgency in the staging of the action. There is no sense of scale or personal loss. It’s just noise and movement. The studios that churn out these Marvel and DC comic book films are looking for stability and conformity and in doing so remove the creativity and originality that gave these characters life.

It’s interesting that BATMAN V SUPERMAN: DAWN OF JUSTICE opens with an attempt to frame catastrophic at a human level because two hours later we are watching thirty minutes of dimension-less symbols crashing around Gotham and Metropolis as though we’re supposed to assume there is a human interest.

There’s a resignation about this film—an admission that this is all there is. Following September 11, America sold the remnants of its soul to its military and its worst instincts and now the dead keep on piling up and the empire still tells itself that it is almighty and powerful. It is the story of an America that is preserving itself deep down into its shell.

The cynicism of the film tapped into my wavelength but that doesn’t make it any less exhausting. It’s exhausting just thinking about it. As it is with the war it is the same with the comic book films—we can only resign ourselves to dreaming of the end.

BATMAN V SUPERMAN: DAWN OF JUSTICE is in cinemas now.