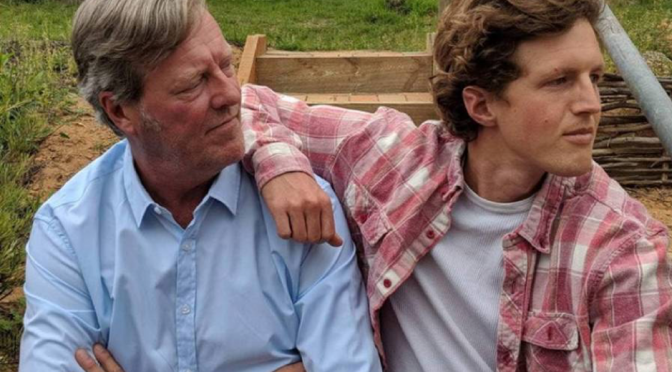 “Oh, the agonising pain of it all!”

There’s two things that disturbed me when I was teaching drama in high school.

One was the parochial attitude towards drama as a subject from some other teaching staff members and from some parents.

“It’s not a proper subject like… Doesn’t go towards getting a real job!”

The other was the misery some of our students would express when choosing electives for senior years and their parents would weigh in and tell them they couldn’t do our subject, for the reason listed above.

Sometimes there were tears of frustration and hurt at being pushed in directions that didn’t suit them, didn’t excite, fulfil or nourish them.

It never failed to break our drama teacher hearts. We knew they would do well, get terrific results and be happy but the parents had spoken.

We would ask the parents “Do you watch television, films? Listen to the radio? Buy music, see live music, go to festivals, museums, galleries, theatre and events? That’s the Arts Industry. It’s huge.”

Human beings have always had their storytellers and artists. Those who would inform others of and reflect on the world around them. Holding the mirror up to society, being the moral compass and harbingers of change in attitudes and beliefs. It’s always been a proper job and always will be and denying it as a potential career path for a young person is like telling a dog to be a cat.

It showed such a lack of awareness and acceptance on so many levels, but most profoundly lack of understanding and acceptance of their own child as a unique and wonderful person.

And of course, that applies to sexuality as well.

Bare Productions THE SUM OF US by David Stevens, directed by Annette Rowlison and performed at the Royal Exchange in Bolton Street, Newcastle raised these issues for me again.

The play was originally written in the late 1980’s but was unsuccessful in being staged in Australia. Instead, it opened for a year-long run in New York in 1991 and received an Outer Critics Circle Award for an Outstanding Off-Broadway play. Only then was it premiered in Australia with Sydney Theatre Company and later made into a hit box-office film starring Jack Thompson and Russell Crowe and continues to be staged around the world.

Cultural cringe still hanging around or was it because a play written in the late 80’s about a widowed father’s unconditional support for his “cheery” son’s search for a loving partner was a bit ahead of its time? The swing of the moral compass projected but not yet fully recognised.

Harry Mitchell, played with openhearted gruffness, humour and down-right Aussie masculinity by Alan Glover lost his wife when their son, Jeff (Roderick Sinnamon) was still a boy. The two have muddled along in their quirky feature walled house, with Jeff working as a plumber, playing football and looking for “the one”, a quest completely supported by Harry who openly welcomes Jeff’s boyfriends to stay overnight, almost to the point of interference. A passionate embrace can lose its zing when a 3rd party wants to know how you take your tea in the morning.

Harry is ready for love again so things are looking up for both of them when Jeff brings home Greg (Benjamin Loutitt) and Harry meets Joyce (Robyn Blackwell) through a dating agency.

The sticking point is that Greg has not come out to his parents because he knows his father will reject him and Joyce hasn’t yet been told about Jeff’s “cheeriness” as she is a woman distrustful of the unknown and Harry isn’t sure how she will react.

It’s a surprising play. Just when we have settled into Australian Naturalism, Harry directly addresses the audience, smashing the 4th wall and filling in a whole bunch of historical details and personal information and reflections. This then continues at regular intervals from both Harry and Jeff, making us their friends, confidantes, sounding board and ultimately invested in them and their happiness.

The Royal Exchange is an intimate venue and Annette Rowlison’s direction of this play works beautifully there. All the characters are classically Aussie; Alan Glover as Harry is comfortable and relaxed in his thongs, sharing good natured jostling and ribbing with Jeff. Roderick Sinnamon gives us an affable, loving Jeff who is also completely at ease with himself, his father and his sexuality.

These two give a stark contrast to Benjamin Loutitt’s jumpy and uncertain Greg and Robyn Blackwell’s damaged and judgemental Joyce. Both deliver riveting characters whom we can understand even though are they are sadly misguided and damaged.

Everyone’s need for love and the misery of loneliness is obliquely and beautifully expressed in a direct address monologue by Jeff where he describes an overdressed and garishly made up woman’s gradual unravelling on a train that culminates in her final teary statement “Oh, the agonising pain of it all.”

The whole topic still resonates so soundly and the fact that it was written nearly thirty years ago demonstrates the prescient awareness of artists of the world around them and the seismic shifts in morals and attitudes that they predict and reflect through their work.

We all take different thoughts away with us when we view these works, depending on our own experiences. Hence my own wonder at the far-reaching themes of acceptance of the individual and the importance of the arts in reflecting upon, affecting and projecting the way our society generally tends to think and act.

We have come a distance in thirty years with regards to LGBTQIA awareness and acceptance but sadly, I think there will always been parents who don’t really “see” their own child for who they really are but rather want they want them to be.

Bare Productions THE SUM OF US directed by Annette Rowlison will continue to play at the Royal Exchange Bolton Street, Newcastle Thursday 7 – Saturday 9 February at 7.30 pm.

Featured image – Alan Glover, as Harry, and Roderick Sinnamon, as Jeff, in The Sum of Us. Pictures: Robyn Blackwell