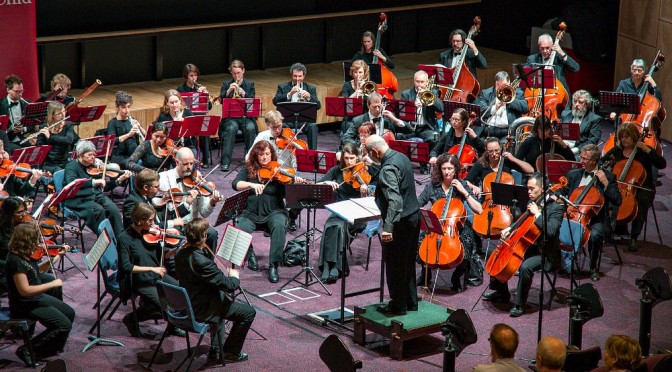 The Balmain Sinfonia and its loyal audience faced the result of a logistical challenge in the final concert for 2015. Due to a piano being unavailable at the venue, and despite previous concert advertising, guest soloist and acclaimed Australian pianist Phillip Shovk played the Keyboard Concerto No 1 in D minor BWV 1052 by JS Bach on an electronic keyboard in harpsichord mode.

This jarring substitution, instead of a change of programme, still succeeded in supplying the audience with a Baroque classic albeit in altered guise. Fortunately the genius of Bach can succeed in various keyboard environments. The facility as well as energy in Shovk’s interpretation safely delivered this work to us under the unfortunate circumstances.

At times, especially during expansive melodic lines in the slow movement, and in repeated-note passages of the like pianists or harpsichordists revel in, I craved the possibilities of the modern piano’s sonorities and flexibility. I would have been especially interested to enjoy the rendering of these moments on the piano from an artist such as Phillip Shovk.

Also, high-register filigree or leaps into the same as exploited by Bach’s creativity in this work seriously lacked the brilliance of an analogue instrument.

Shovk however still managed to bring this well-known concerto to life, accompanied by very sympathetic and well-articulated Balmain Sinfonia strings, even though the instrument on which he built his international reputation was missing.

The Balmain Sinfonia did continue its winning formula of warm hospitality, audience interaction during the concert and giveaways. Event catering and support from a team of volunteers more than adequately looked after those attending once again.

Musically the crowd was also looked after from the opening of the concert with an evocative performance of The Beautiful Blue Danube by Johann Strauss II. The tempo choice of the waltz was authentically restrained and took listeners on a suitably elegant excursion to another time and place amidst the familiar music.

This popular piece was a good choice for the final concert of the year. It also celebrated this orchestra’s talent for character depiction and programmatic work.

Typically, the entire second half of the concert was devoted to a performance of a major symphony, often from the nineteenth century.

This concert presented the varied and challenging Tchaikovsky work, Symphony No 4 in F Minor Op 36. Just as the Balmain Sinfonia strings were well showcased during the Bach concerto, the woodwind and brass players featured effectively during the dramatic contrasts of this symphonic statement.

Brass players announced the ‘Fate’ motive in the first movement strongly and the other orchestral sections replied with satisfying colour. The song-like theme opening the second movement Andantino in modo di canzona was beautifully played by the oboe and extended by the strings.

This fourth movement was a very decent version of the composer’s demands. The orchestra worked well together to give this movement considerable direction towards its final climax.

The ‘Finale’ of this Tchaikovsky Symphony, played by the Balmain Sinfonia under the leadership of Musical Director Gary Stavrou, was also a commanding conclusion to the group’s musical efforts throughout 2015.

The orchestra continues to perform at the Macquarie Theatre next year, with a similar programming style and afternoon concert format.

The first concert on March 20 will present The Moldau by Smetana, a clarinet concerto by jazz great Artie Shaw and Dvorak’s New World Symphony.