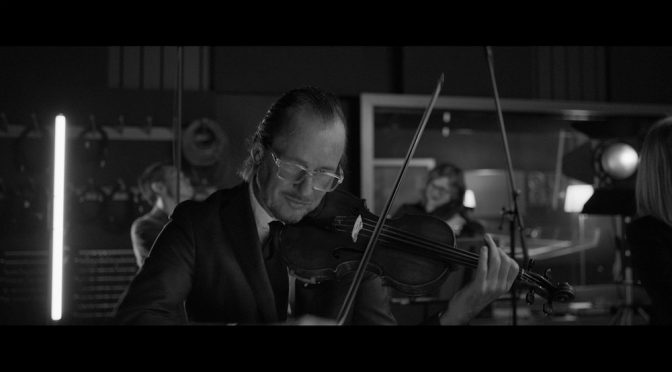 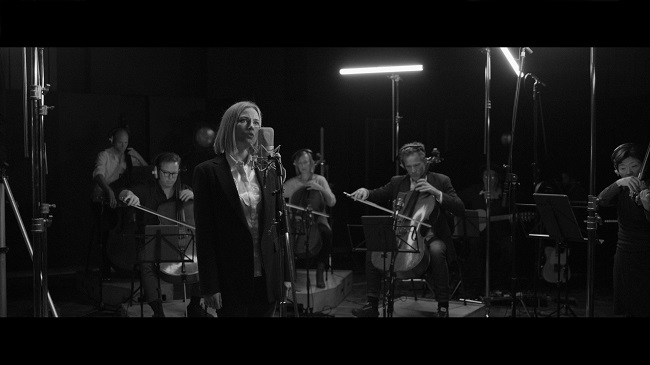 This was a very striking and unusual concert for the wonderful Australian Chamber Orchestra led by the brilliant Richard Tognetti.

This is the latest in the marvellous series of studiocasts with photography by director Matisse Ruby and her team of Tyson Perkins and Drew English.

Photographed in black and white, the concert began dramatically with Tognetti, his back to us, striding to the podium.

JS BACH – (arr. Tognetti) The Musical Offering, BWV1079) opened the program – the strings were sharp and angry at first but then they changed to slower and shimmering, rich and meandering, delicate with a bright flute (Emmanuel Pahud) darting and leaping.

JS BACH’S – St Matthew Passion, BWV244: Erbarme dich was very energetic, with scurrying flurries from the strings. Tognetti on violin was magnificent, tumbling fast and furious and his duet with cellist Timo-Veikko Valve was very touching.

Tognetti was dazzlingly superb and eloquent in his solo from ‘JS BACH – (arr. Tognetti) Partita for Solo Violin No.3 in E major, BWV1006: I. Preludio’ with the strings pulsating and accompanying him .It became a sort of question and answer dialogue with complex, enfolding melodies.

In ‘BACH’s– (arr. Tognetti) Sonata for Solo Violin No.1 in G minor, BWV1001: II. Fuga’, Tognetti was glissading and sinuous in a glittering display, the rest of the Orchestra pulsating in accompaniment.

We then hurtle towards contemporary works . First was Nick Drake’s ‘River Man’ which began with low, slow rumbles and stormy flashing lights, quivering and spiky. You could hear the river during the rain, which then clears up a little – or does it ?!

This is followed by four works by Tognetti that were used in the ACO’s ‘The Reef’ filmed in 2012, with extraordinary vocals by Satu Vänskä .

His ‘Beyond’ with its popping rhythmic beat was inspired by photos of swimmers underwater.

Next came his ‘Bathymetry’ about measuring the depth of the ocean, crashed open with sharp angry strings and there were yet more flashing lights. Jim Moginie was featured again on guitar.
Tognetti was exquisite on violin in his ‘Transfiguration’ which was twinkling and whirling, with guitar and rippling piano.

Tognetti’s ‘Heston’ was inspired by famous chef Heston Blumentha. This piece  was yet again sharp and spiky with fast furious strings and lightning flashes. Vaska was sensational and there were sudden darting movements and scurries contrasted with a sinuous section.

In Tognetti’s arrangement of ‘Deviance’ (on Paganini’s ‘Caprice No.24’) he was blistering, at times lyrical and virtuosic in his breathtaking solo that brought the concert to a spectacular close.

This program is part of the ACO’s inaugural 2021 digital season, ‘ACO StudioCasts’.

‘Bach and the Beyond’ is bavailable for subscribers to watch on demand until 11:59pm AEDT Friday 31st December, 2021.

Running tine just under an hour.