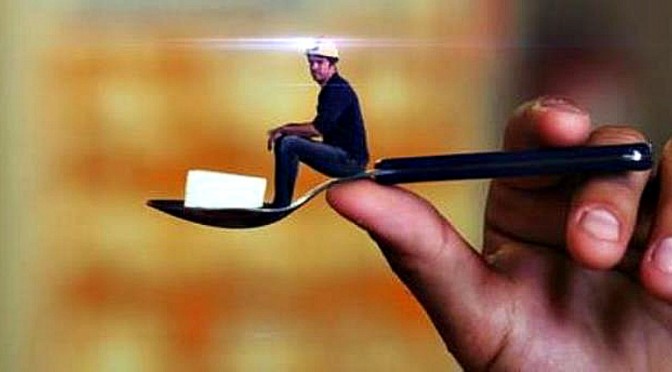 END_OF_DOCUMENT_TOKEN_TO_BE_REPLACED

In recent times, the Vanguard has become a hub for cabaret, themed burlesque and musical theatre, so the appearance of an Irish drag act would have come as no surprise to followers of the venue. The crowd on opening night were predominantly Irish; Aussies, you missed out.

On closer inspection, the pedigree of Panti, a.k.a performer Rory O’Neill, is apparent. The show has been brought to our shores by ‘Thisispopbaby’, a company well known in Panti’s homeland for presenting high quality events everywhere from music festivals to the historic Abbey Theatre. Panti has been on the drag scene for more than eighteen years; highlights of her career include touring with Cyndi Lauper in Japan and producing the ‘Alternative Miss Ireland contest.’

The bulk of the show consists of snapshots and stories from this career. She begins with stories about her childhood; from her birth to respectable parents in a small village in County Mayo, to the momentous event when the Pope visited Ireland and the young Rory realised he couldn’t identify with the people around him. Panti describes how her drag career began as an art school project, references times when Ireland was a cultural wasteland and talks candidly about subjects such as HIV. It sounds as if the topics shouldn’t have a universal quality, but they do. All good comedy must contain elements of drama and truth; this is great comedy. The double entendres are plentiful but rarely tacky, her energy is infectious and even the obligatory lip synced song at the end is humorous.

There is probably no more appropriate description of Panti than that from ‘The Irish Times’ earlier this year, when a journalist described her as ‘a cross between a wayward head mistress and a tipsy Hollywood legend who has seen it all’. From the moment when she bursts on stage and begins to talk with trademark Irish speed, to her grand finale, the crowd are captivated, repaying her talent with a standing ovation. The credit is well deserved.

Dinosaurs may have been extinct for over 65 million years, but at least for the past three of those their spirit has been kept alive at Jurassic Lounge.

Set in the Australian Museum, this Festivalists led event showcases music, performance art, comedy and workshops in the atmospheric surrounds of both temporary and permanent exhibition spaces.  Unfortunately, and like all good things, it must come to an end, with a final season guaranteed to ensure it goes out with a bang.

Starting on Tuesday 3rd September and running for ten weeks, the weekly themed nights include, ‘Cowboy night’, ‘Tutti Frutti’ and ‘Dads’ night,’ all leading up to the big extinction party.

My top choice for the opening weeks is the ‘Film and Photography’ night on September 10th, hosted in partnership with Kino Sydney. Local filmmakers will lead a series of workshops in which participants can recreate scenes from Jurassic Park. There will also be Hollywood- inspired burlesque performances and the usual mix of music and fun.

Information and bookings for Jurassic Lounge can be found on http://www.jurassiclounge.com/

Matthew Ottignon certainly keeps himself busy. The saxophone, clarinet, flute and bass player has appeared on stage with the likes of Lou Reed and Brian Wilson, while simultaneously producing his own music and teaching. His latest project sent him to the New 505 Venue in Surry Hills for the launch of two singles with his band, MISTER OTT

Shortly after 8.30 pm on a Saturday night, one thing became apparent; it was a mystical night and the audience, sipping on Bourbon heavy cocktails in this atmospheric venue, were about to be transported on a world tour. After their opening cover of a song by the famous Ethiopian saxophonist Getatchew Mekuria, Ottignon requested that the volume be turned up on his sax. This was in time for the band’s performance of their first single released on the night, ‘ Take it Higher’, named after a lyric in James Brown’s ‘ Funky Good Time.’ The booming instrument threatened to drown out Ellen Kirkwood’s trumpet for a moment until they settled into this funky tune with clear percussion beats and a strong ending.

The next composition of the evening was different again. This Asian-influenced tune named ‘Shalimar the Clown’ (a title of a Salmon Rushdie work), performed by Matt Ottignon with his bass-player brother Eden, wouldn’t have been out of place in some of Rushdie’s film- adapted novels.

That trip to India also inspired the second single released on the evening, ‘Mattaraja’. The song title is a construct of the Indian word, ‘Maharaja,’ and ‘Matt.’ Playing ‘Mattaraja’, the band were accompanied by two hip hop dancers, as they upped the tempo for the second half of the show. Yes, you read that right; Ethiopian scales are often blended with hip hop beats in Ottignon’s music. And did we mention that the singles were recorded on vintage analogue gear and mixed in the Tasmanian rainforest? This cultural mishmash certainly contributes to the fresh sounds heard in their music.

Ottignon is a talented multi- instrumentalist, but a feat as great as MISTER OTT requires a full and accomplished band, who did their job astoundingly well; Eden Ottignon bass, Kirkwood on trumpet, Ben Panucci on guitar, Dan Kennedy on drums and Daniel Pliner on keyboard. They were joined on the night by special guests, Steve Marin on percussion and Peter Farrar on sax.

Such is MISTER OTT’S accessibility, that Ottignon himself dislikes the generic label of jazz. Mister OTT are clearly influenced by 50s and 60s soul and jazz, but they blend this perfectly with the traditional, as well as much improvisation to create a twenty-first century sound. Many of their base tunes are similar to the sounds of popular West African outfits such as AMADOU and MARIAM. Ottignon’s aims are to create ‘new music that draws from virtually every culture, tradition and society on the planet’ and ‘gives the soul room to breathe’. With these singles, he may just have achieved his goals.

‘Take it Higher’ and ‘Mattaraja’ are available for purchase on iTunes, Amazon and all usual online MP3 stores. CD copies can be purchased at MISTER OTT gigs only. For a listing of any upcoming gigs, as well as news on Ottignon’s projects, subscribe at http://www.matthewottignon.com/.

The Old 505 Theatre isn’t marked by on-street signposting. Nor is it burdened by the plush red curtains or sterile foyers of many large venues. Instead, one enters by ringing the bell and riding the graffiti covered elevator to the fifth floor, where the theatre is located in an artist run performance and workshop space. Director Erica J. Brennan and designer Lucy Watson originally envisaged TIMON OF ATHENS as a free back yard performance for their arts loving friends, making the Old 505 an appropriate venue choice.

END_OF_DOCUMENT_TOKEN_TO_BE_REPLACED An iconic symbol of early Sydney, the Rocks Windmill opens its doors to host a variety of events until 12th May.

Speaking at the opening on 12th April, the CEO of Sydney Harbour Foreshore Authority Catherine Gallagher explained the Rocks was once full of windmills. These buildings not only served to supply grain, but were used as theatres and meeting places.

The Rocks Windmill project promotes discovery of the history of this area through a series of engaging and thought provoking cultural events.

Other speakers on opening night included celebrity gardener Costa Geor, who described the new spelt wheat gardens in the square, as well as designers Joey Ruigrok Van Der Werven and Paul Gazzola. Guests had an opportunity to listen to live music and DJ sets from the likes of ‘Heaps Decent’ while exploring the Windmill and its surrounds. Highlights of the evening were the exhibition on the windmill’s design and all night storytelling from Penguin Plays Rough, providing a welcome taste of things to come.

The Windmill will host a range of talks, exhibitions, performance and more, as well as the chance to grind your own souvenir bag of flour. Most events are free but filling fast. The full program and booking information is available on www.therocks.com.

THE ROCKS WINDMILL FESTIVAL- a month of workshops, performances, film, music and more runs until 12th May, 2013

If you’ve ever pondered why Richard Cartwright once posed online as a character named, ‘Rusta Banana’, or asked what Caitlin Park’s least favourite word is, the inaugural Tipsy Rabbit may just have been the most informative night you’ve attended this year.

This new event at the Red Rattler Theatre consists of panel discussions, live performances and more, for those who love words and writing. The ‘Music’ themed opening night on the 10th April featured Cartwright (of the psychedelic band ‘Richard in your Mind’), Park (a folktronic artist) and the music journalist Sevana Ohandjanian (Drum Media).

As well as humorous thoughts and revelations on topics ranging from the state of the music industry to interesting words, the evening featured live acoustic performances from Cartwright and Park.

THE TIPSY RABBIT is the brainchild of Jen Shedden and Kim Powell, who decided that conversations about books were more entertaining with wine. The Red Rattler Theatre provides an intimate environment where the midweek crowd can get involved in the discussion. This night is a welcome addition to the Inner West and continues Sydney’s recent love affair with the spoken word.

The next THE TIPSY RABBIT is themed EROTICA and takes place in June. Entry at the door costs $15 ($12 concession). The Red Rattler Theatre is located at 6 Faversham Street, Marrickville (actually five minutes walk from Sydenham station.