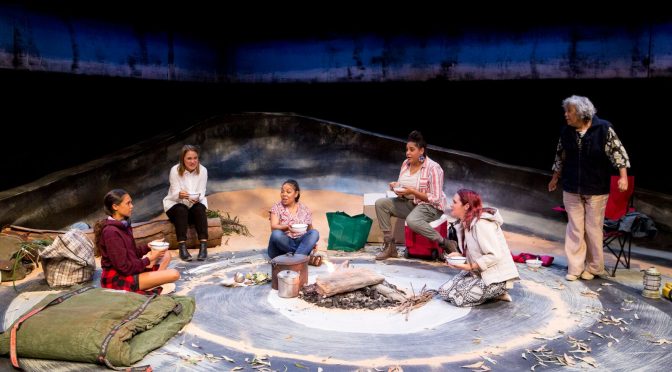 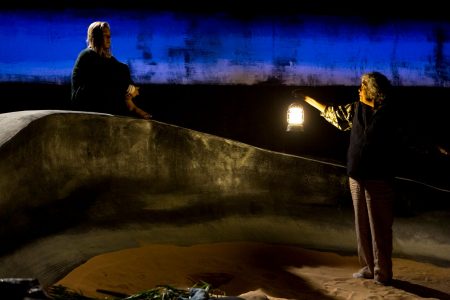 Inspired by Hyllus Maris and Sonia Borg’s seminal TV series, writer Andrea James has called her play Winyanboga Yurrunga –Yorta Yorta for Women of the Sun. As James takes her characters on a journey of renewal, she both entertains and educates her audience about the Aboriginal concept of Country. In the program, cultural design advisor Daniele Hromek quotes Kevin O’Brien’s explanation of country as “an Aboriginal idea … that binds groupings of Aboriginal people to the place of their ancestors past, current and future… it is revealed over time by camping in it.”

Accordingly, Auntie Neecy (Roxanne McDonald) and her younger relatives have come camping on Yorta Yorta land, as they have done before. While the women are setting up camp on Isabel Hudson’s functional yet evocative set, their easy banter reveals much about the baggage, both literal and metaphorical, that each has brought along. Neecy brings along vast cultural knowledge and spirituality – as well as essential camping gear and a mysterious, large cardboard box.

She runs a strictly dry camp, much to the chagrin of Carol (Tasma Walton), who is super-stressed about completing her PhD thesis, while dealing with misogyny and racism in her high-flying Museum job. END_OF_DOCUMENT_TOKEN_TO_BE_REPLACED