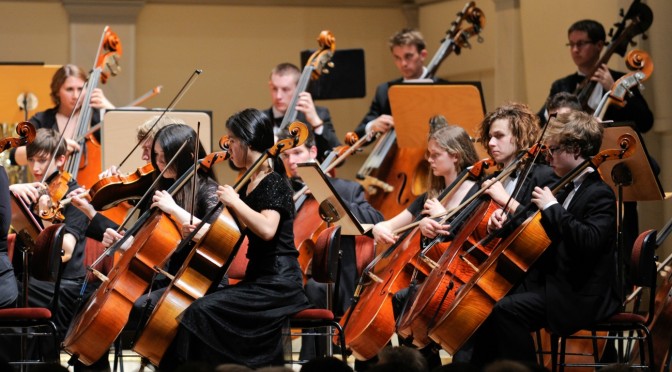 Positive perceptions of youth involve innovation, embracing change, recognising the need for revolution and reinventing existing formats. Our national youth orchestra displayed all of the above in its recent ‘Eroica’ concert. The works performed from this century and those past can be described as revolutionary and inspired in their novel concepts and approach to traditional structure. Emotionally, they bravely portrayed identity and sentiment.

‘Eroica’ was the first concert in the AYO’s newly devised Momentum series. These concerts and preparation will involve a change from full orchestral forces. Collaborations with soloists will result in member development, as they work on highly creative works with various guest musicians. This night succeeded in providing new experiences on stage and in the audience. The concert was also streamed live via the orchestra’s website.

An approach both heroic and revolutionary imbued the night with regards to programming, interpretation and performance. Guest artist, recorder virtuoso Genevieve Lacey, was at home with contemporary recorder techniques in Erkki-Sven Tüür’s commissioned work for the orchestra, ‘Whistle and Whispers from Uluru’. Lacey imitated birdsong with stunning articulation. She evoked landscape from across two hemispheres using five members of the recorder family. Her playing of two sopranino recorders simultaneously was a novel treat, well supported by the string orchestra’s handling of the score and maturity in communicating atmosphere.

The AYO’s collaboration with William Barton penetrated the venue significantly. Barton’s collaboration and musical inspiration emphasised modern interactions between all inhabitants of ‘country’. His composition ‘Birdsong at Dusk’ reflected some concerns of the piece by Tüür and was an opportunity for strings from the orchestra to work in a small ensemble. A string quartet of Western instruments blended well with the didgeridoo, creating colourful and profound performance moments. Barton’s entering through the audience with a vocal prelude to the ensemble playing was a fine welcome into his world and musical innovation.

Guest Conductor Nicholas Carter led the orchestra clearly and with appropriate passion at all times. The intricate exchange of solo lines in Stravinksy’s ‘Pulcinella Suite’ were well controlled by Carter. They were seamlessly played by the orchestra’s principals as the opening Sinfonia movement brought us into a neo-classicist environment. Much comedy and character emerged from the stage suggesting colourfully the dramatic elements of the Pulcinella ballet.

The concert ended with no less than Beethoven’s ‘Eroica’ Symphony. Carter and the AYO created a fresh, exciting and brave ‘Eroica’. The composer’s new treatment of structure, extra musical ideas and emotional intensity were energetically communicated in this performance. Signature Beethoven dynamic effects, tutti chords, tumbling runs and solemn passages were delivered solidly. Interesting detail was highlighted throughout, with satisfying contours and contrast both within and between movements. The music from Beethoven and the AYO leaped out at us, never once hesitating or glancing back.

Such a performance of this revolutionary Beethoven Symphony was a fitting end to the program and the diversity presented within this AYO Momentum series concert. It was music making for now. The event inspired collaboration, change and bright future for the use of orchestral, creative and musical resources in this country.