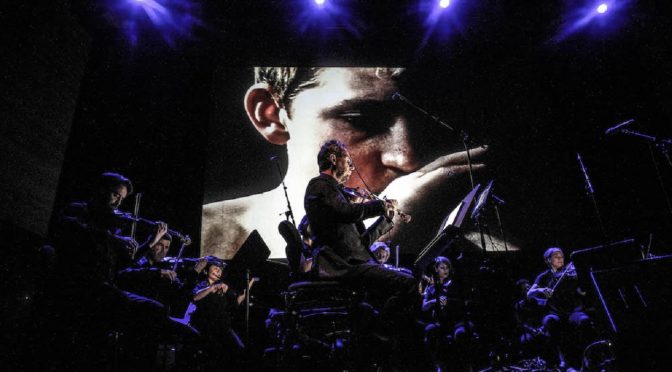 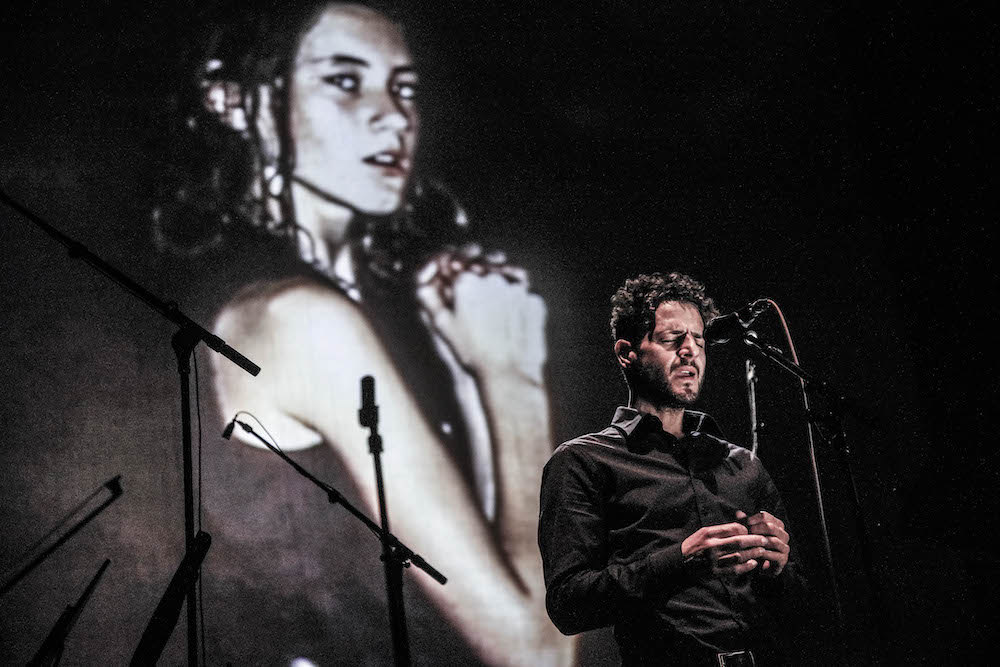 The individual elements in this landmark production are tremendous but I found the performance dark , somewhat disturbing and perhaps a bit fragmented and disjointed ( which , I understand , is at least partly what the ACO intended ).

LUMINOUS is a haunting collaboration between the ACO and controversial photographer Bill Henson. It is a revival of this work , with brand new imagery, updated repertoire and guest vocals from indie Israeli-Australian singer-songwriter Lior.

Henson’s photos, often first seen in extremely close grainy close up , blur the boundaries between gender , adulthood and youth , night and day, rural and urban .There are extraordinary lonely graffitied landscapes with windy trees and the models in the Caravaggio – like images quite frequently appear world weary and bruised . The camera work , panning in extreme close up then pulling away to reveal the full photo creates totally different images at times, red dots revealed to be a leaf or hair for example, making this reviewer think of sunspots and other planets perhaps.

Musically LUMINOUS ranges from Britten and Janáček to R.E.M. and Purcell , and the centrepiece is Pēteris Vasks’ violin concerto, Distant Light in the second half, complemented by the sound sculptures of Paul Healy especially commissioned for the project. The ACO was in fine , alert form wonderfully led by Tognetti .

Lior was sensational delivering Britten’s Corpus Christi Carol and Yared’s Lullaby For Cain with impeccable lucidity . In the Lullaby, Eve’s lament for innocence was gracefully articulated , while R.E.M’s I’ve Been High linked the devastation of modern drug use with abiding human figures. Purcell’s What Power Art Thou was given a precise, staccato, chilling, thrilling performance to take us to interval .
The bulk of the second half consisted of Peteris Vasks’ violin concerto, Distant Light — at times shimmering and pulsating , yet at other times Tognetti dazzles with his fiery , charismatic performance of the blistering cadenzas .

The program ended with Janacek’s On an Overgrown Path : Goodnight, soft, tender and pensive.

The ACO in LUMINOUS plays until 23rd  August in selected venues.