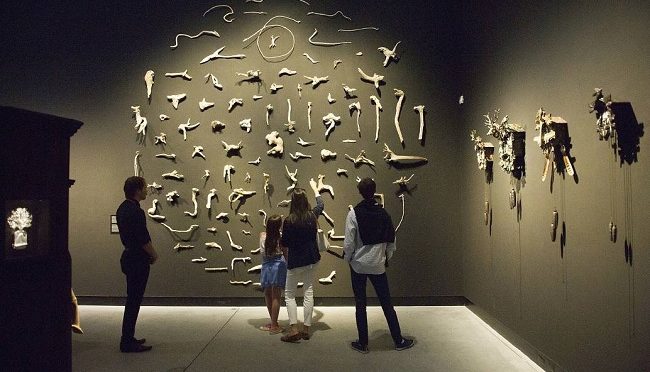 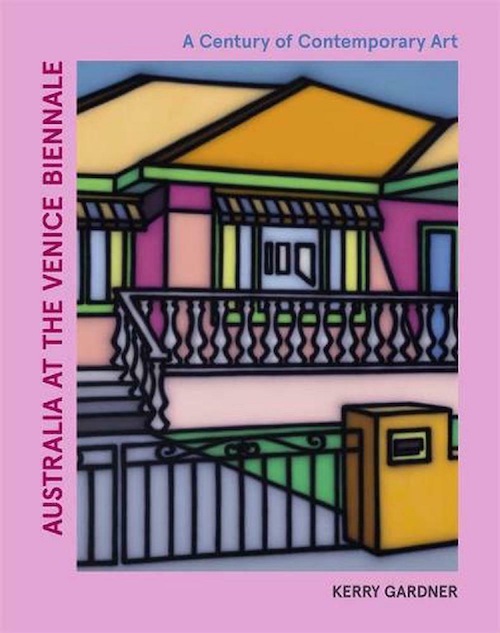 A large, heavy coffee table book, this is a feast for the eye, imagination and intellect.

Kerry Gardner is chair of Australia at the Venice Biennale and a documentary filmmaker with a passion for art history and museum practice. She was Deputy Chair of Heide Museum of Modern Art, and a Director of the Museum of Contemporary Art Australia. She also works as a global champion for gender equality with the Global Fund for Women. She was awarded an Order of Australia in 2018 for contributions to the culture, environment and equality sectors.

The Venice Biennale (La Biennale di Venezia, one of if not the most important art events in the world, dates back to 1895. It is mainly structured around nation pavilions. By 1914 there were seven national pavilions, now it is roughly ninety and there is great discussion about  their artistic. political and national programs.

Since 1988 also included is an international exhibition curated by a Biennale curator who mostly chooses works globally based on a particular theme. Readers follow the ups and downs of Australian participation throughout the years -from 1978 onwards, Australia was to remain at the Biennale exhibiting contemporary Australian artists, and examine the establishment of the Australian Pavilion, where from 1988, the displays were held in an unextravagant  temporary ‘shed pavilion’ designed by Philip Cox with the latest opening in 2015, designed by the Denton Corker Marshall architecture practice

The book is arranged chronologically, divided into five parts. with a forward, preface, thoughtful, excellently written essays by Brooke Babington and Charles Green, an index, and an appendix with photos of the various works included . Films, sculpture, painting , weaving and so on are all included in the media  used and themes of the works exhibited include the human body, time, memory, the landscape and  environment and the First People’s  link to Country. It is arranged by the year the artist was included with a short biography of each artist and description of their work and a quote, with lavish photos. Depending on the artist we see details of their works and/or ‘installation views’..

The book asks how does Australian art view itself  – is it ‘contemporary ‘ or stuffy and staid?  There is animated discussion about the Australian vs the global art world and the inclusion of Indigenous artists . For the first time, accurate data as to what really happens in Venice regarding Australian participation and representation, is collated, (government interference or support, especially with Robert Menzies and the controversy in 1958 over Arthur Boyd’s works, and Gough Whitlam, who championed Australian art internationally)  with first class documentation .

We learn how in the early years, 1897 to 1936, artists exhibited as ‘British’ as they were living in Britain at the time (eg Grosvenor Thomas, Charles Conder, George Lambert, Arthur Streeton, Albert Henry Fullwood, Harold Parker, Thea Proctor, Tom Roberts, Hayley Lever and Fred Leist).Up until the 1980’s , when Rosalie Gascoigne exhibited, the exhibitors were all male with the exception of Thea Proctor in 1912 (as distinct from being a model in someone’s painting).

Today, selection for the Venice Biennale is still a goal and major career highlight for contemporary artists and we Australians still love it . The next Biennale is scheduled for 2022 .