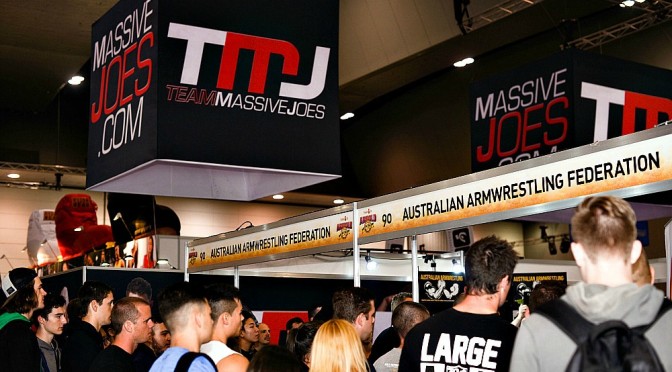 There was an enormous turnout at the Arnold Classic Australia Exhibition last weekend.

Now in its second year, more than 30,000 people attended the 3 day sports festival at the Melbourne Convention and Exhibition Centre. The Arnold Classic was established in 1989 and named after the former bodybuilder, turned, actor, turned governor of California Arnold Schwarzenegger and is held annually in Columbus, Ohio, United States. It is one of the largest multi-fitness sports festival in the world.

Australia is one of the only countries outside the US to host its own Arnold Classic event in partnership with Melbourne entrepreneur Tony Doherty, who owns multiple Doherty’s gyms across Victoria.

Athletes and fitness fanatics from all around Australia and the world competed in a broad range of events such as figure competitions, strongman and bodybuilding. The festival wasn’t just about competitions. The exhibition featured more than 400 booths and outlets selling the latest in sports equipment, apparel and nutrition, business networking events and meet and greet opportunities with different athletes.

Schwarzenegger, a seven-time world bodybuilding champion, and the youngest person ever to win the Mr Universe title at just 20 years old was mobbed by screaming fans everywhere he went during the exhibition as he made his way across the room. Hundreds of people gathered around him, hands with phones shot up in the air, trying to take a selfie with Arnold. He was also presiding and presenting at some of the competitions held. His appearance at the Australian Grand Prix on the other side of town caused a huge commotion.

Still Schwarzenegger wasn’t the only main star of attraction at the festival. Icelandic strongman and actor Hafthór Júlíus Björnsson best known for playing as Gregor “The Mountain” Clegane on Game of Thrones was also in attendance. The 6ft.9 athlete was competing in the Arnold Strongman Classic Category.

In January 2015, Björnsson made headlines by breaking a 1000-year-old record set byOrm Storolfsson, an Icelandic Viking strongman at the World’s Strongest Viking competition in Norway, where he carried a 32 feet (9.8 m) long 1,433 pounds (650 kg) log for five steps.

Next year the Arnold Classic will launch a kid’s expo, as Schwarzenegger wants to tackle Australia’s growing childhood obesity epidemic. The 68-year-old told the large group of followers he would be back again for the Arnold Classic in 2017 and that there would be a new Terminator film coming soon.