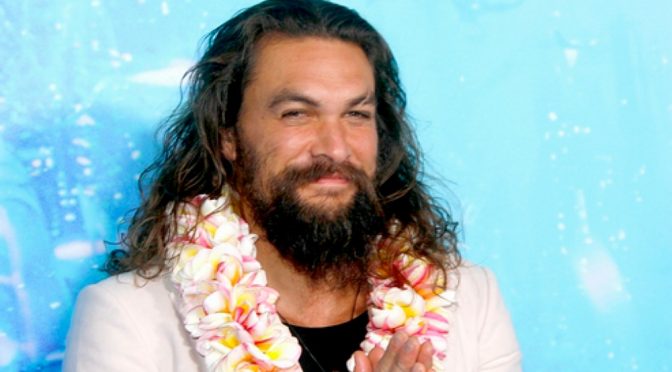 When I was a young child I used to read Aquaman comics. At that time he was drawn with short  bleached blonde hair, a green skivvy, and yellow pants.  Of all the super heroes in the DC universe Jason Momoa looks totally different to the original comic strip.

Momoa is 193 centimetres tall, muscle bound with dreadlocks. His father is of native Hawaiian descent while his mother is of German ancestry- hence his piercing blue eyes, When Momoa walked the blue carpet recently to say that he made  an enormous impact due to his size and physicality is an understatement.

In fact, unusual for a major star Momoa walked three Red Carpets including the Gold Coast (where the film was made), Melbourne and here in Sydney. Momoa has a strong affection for Australia having rock climbed his way  through our fair land and is a keen supporter of the Port Adelaide Aussie Rules club.

Momoa is also a fan of the Byron Bay Blues Festival where I first photographed him  and his co-star Patrick Wilson.

AQUAMAN, had its first stand-alone release, on Boxing Day topped the Box Office raking in $3, 795.000. Wherever it was released prior to premiering in Australia it did enormous box office, particularly in China.

To further strengthen its Australian ties it was directed by James Wan and stars Nicole Kidman as Aquaman’s mother.

The film has been given a major release – some 635 screens- in 2D, 3D and IMAX by Roadshow Films in Australia.

All pics by Ben Apfelbaum. (c)