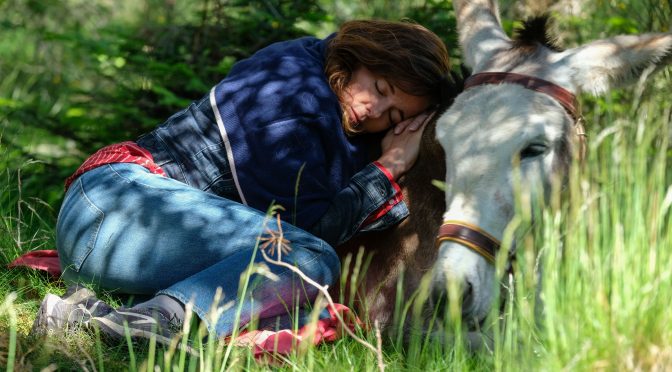 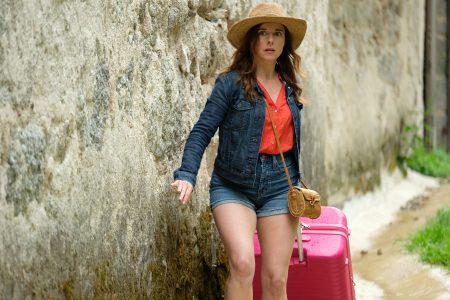 Once more into the bray of French farce, Caroline Vignal’s ANTOINETTE IN THE CEVENNES, is like a 21st Century Francis the Talking Mule set against a stunning, scenic location.

Here in Australia, most of us would be acquainted with Simpson and his Donkey, but literature fans, especially in Europe, who like to follow in literary footsteps, would well know a trek taken by Robert Louis Stevenson in the Cevennes region of France.

It was in the hope of forgetting Fanny Osbourne, a married woman he had fallen head over heels for, that on September 22, 1878, the young Stevenson set out for a long walk in the Cévennes of southern France, in the company of a little donkey, Modestine.

He chronicled the trip, which was subsequently published in 1879 under the title ‘Travels with a Donkey in the Cévennes’. The money earned from this publication allowed him to join Fanny in the United States, and (she having obtained a divorce) eventually marry her.

Stevenson’s travelogue developed a cult following, becoming an inspiration and guide for hikers the world over, and now attracts more than 10,000 hikers a year.

ANTOINETTE IN THE CEVENNES has another love struck person, this time a primary school teacher who has fallen for the father of one of her students. Antoinette and Vladimir had promised to spend the school holidays together but his wife has other plans, a hiking holiday following Stevenson’s route.

Unthwarted, she books herself a package, complete with a donkey called Patrick. As Antoinette follows her animal instincts, the relationship between her and her pack pony takes on a pertinent aspect. She is is behaving like an ass while the mule is no fool.

Laure Calamy is cute but callow as Antoinette, endearing and frustrating by degrees, blind to calamity until finally the cataracts of her ill fated affections fall from her rose coloured glass eyes.

But the real star – other than the adorable and admirable burro is the Cevennes, a breathtakingly beautiful part of France, gorgeously photographed by cinematographer, Simon Beaufils.