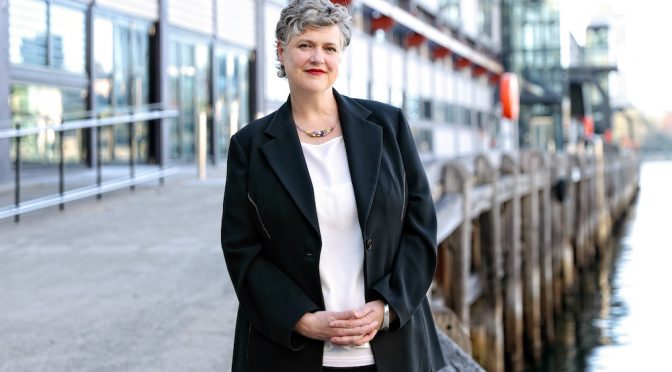 Anne has extensive experience in arts leadership and has been the Executive Director of Sydney Dance Company (SDC) since 2010. Over the last 12 years, Anne’s partnership with Artistic Director Rafael Bonachela has seen SDC enhance its reputation as Australia’s leading dance company. Anne has initiated and led a strategic expansion in public and education programs and national and international touring and established an accredited full-time diploma course for elite young dancers.

During Anne’s tenure, SDC doubled its turnover, and successfully undertook the biggest capital campaign in its history to support the redevelopment of its home on Wharf 4/5 in Walsh Bay. Prior to her tenure at SDC, Anne was the General Manager of the Darwin Festival, the Program Manager and Artistic Administrator of the Perth International Arts Festival, an Assistant Producer at the Sydney Opera House, and the Live Sites Event Coordinator for the Sydney Olympics Coordination Authority.

Anne is a Trustee of the Sydney Opera House Trust, and from 2018 until earlier this year was a Board Member of the Australian Major Performing Arts Group.

STC Chairman Ian Narev said “Anne comes to STC with a stellar reputation in the Australian performing arts community, based on the clear success of SDC under her leadership. She was the outstanding candidate following a global search undertaken by the Board with the assistance of Challis & Company. She has proven experience in all aspects of the executive director role, including an understanding of the ongoing challenges of the pandemic. She has built and developed high-performing teams, gained a practical and detailed understanding of all the key aspects of programming, financial management and general operations, and built strong and enduring relationships with all major stakeholders, including artists, administrative colleagues, other sector leaders, donors and government. She also has an appreciation of Richard Wherrett’s vision for STC, and a love of theatre. We are particularly excited by the potential of her partnership with our exceptional Artistic Director Kip Williams, who was heavily involved in the recruitment process. Anne will lead a strong team, and will be well positioned to build on the strong legacy of her predecessor, Patrick McIntyre, whom we so deeply admire.”

STC Artistic Director Kip Williams and Co-Chief Executive Officer said “I am thrilled to welcome Anne to Sydney Theatre Company as our new Executive Director and I very much look forward to collaborating with her in this role and as Co-Chief Executive Officers. Anne is a visionary leader in the live performance industry, and someone I have long admired. Her intelligence, capacity for innovation, and passionate advocacy for the performing arts set her apart as one of the best arts leaders in our city and, indeed, Australia. I am particularly excited to work with Anne on STC’s next chapter as we expand our touring horizons and look to optimise the creative and business possibilities of our recently renovated home at The Wharf.”

Anne Dunn said “STC is a company with an illustrious history and an exciting future. It is a creative powerhouse of Australian theatre and it is with great excitement that I look forward to taking up the role of Executive Director and Co-Chief Executive Officer. At the vanguard of international theatre-making, STC is the natural home of a vibrant range of diverse Australian voices, which resonate with artists and audiences alike. I relish the opportunity to work alongside Kip, the Board and the STC team to continue to build on the company’s tremendous legacy for the future. With theatres reopening, I can’t think of a better time to be taking over the reins from my friend and colleague Patrick McIntyre and pay tribute to the incredible work he has done.”

Anne will join STC in February 2022. She will report to the STC Board and become an executive director of STC.

Sydney Theatre Company venues are currently closed in accordance with the NSW Government public health order relating to the Delta outbreak. Since restrictions for Greater Sydney were introduced in June, STC has cancelled 335 performances nationally across nine productions The Lifespan of a Fact, A Raisin in the Sun, Fantastic Mr Fox, The Dismissal: An Extremely Serious Musical Comedy, Grand Horizons, Triple X, White Pearl, The 7 Stages of Grieving and The Picture of Dorian Gray – as well as the Company’s creative development program, Rough Draft. The Company is currently finalising plans to return to the stage later this year.