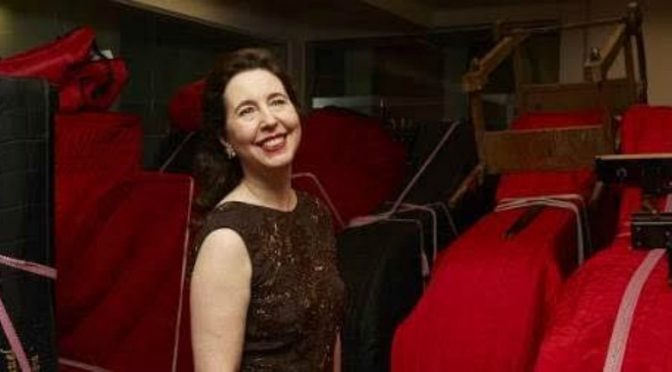 This matinee event at the City Recital Hall, Angel Place was the final recital concert in Angela Hewitt’s recent national tour with Musica Viva. Hewitt hailed Musica Viva as world class prior to encores, recognising them as a world leader in tour presentation and support. This fine partnership was matched by exquisite interpretations of Bach and early Beethoven by Hewitt which reinforced her international superstar status.

The programme demonstrated pure balance and symmetry just as successfully as the pianist’s excellent and even command of fugue and counterpoint. Each half of the concert consisted of a substantial Bach Partita with a well-known Beethoven sonata to follow.

The Partita format was a fine vehicle with which to present Angela Hewitt’s consummate and quite legendary Bach interpretative skills. New and existing fans delighted in the fine control, contrasts in character between the dance movements and layers of nuance selected to create a Bach keyboard sound for the piano. This sound never directly imitated the Baroque instruments nor did it drown out the music’s subtleties by using sound options from the modern instrument’s arsenal.

In a unison of outlook and dexterity, both the Bach and Beethoven works were played with superbly rich articulation and fresh, bold attack. The part playing in the Bach Partitas was enlivened by strong accents, shape, energetic phrasing and dramatic gesture. Contrast came with movements of keenly focused elegance. These exciting elements were also present in each enlightened Hewitt version of Beethoven sonatas which ensued.

The concert began with a great flourish as the opening to Partita No 2 in C minor BWV 826 filled the venue. The dotted rhythms of the Sinfonia created significant suspense. Following in personal interpretative success were the graceful Allemande and chillingly beautiful Sarabande, with its stunning independence of part playing.

Clarity and a satisfying swoop to thematic material ensured effective conversations emerged from Beethoven’s Piano Sonata in F minor Op 2 No 1. The expansive lyricism of the slow movement was captivating, and the final Prestissimo featured fine momentum for the movement and all the sonatas to follow this first excursion into the genre.

Following interval the mighty Partita No 4 in D major BWV 828 began with an overture in sustained joyous style.  The work continued with its seven movements and no less than five dance-inspired movements being presented in a cavalcade of colour and cleanly delineated character.

Hewitt’s ability to communicate on the softer plane of nuance and never to be tempted to overplay came to the fore when gifting her interpretation of the Piano Sonata in C sharp minor, Op 27 No 2, ‘Moonlight’  to us. The gentle stasis of the soft opening movement here refused to give into temptation to expand in volume and tone too early, Beethoven’s instruction which often falls on deaf ears when pianists perform this piece. The final Presto agitato movement was also very well contained. Hewitt’s virtuosic playing of the alternating arpeggio figurations and sharp punctuating chords was thrilling to behold.

Sydney and Australia’s chance to hear Angela Hewitt in 2017 concluded with some lovely remarks and three encores. Our music loving hearts and heads were left dancing the most complex of appreciative Gigues.