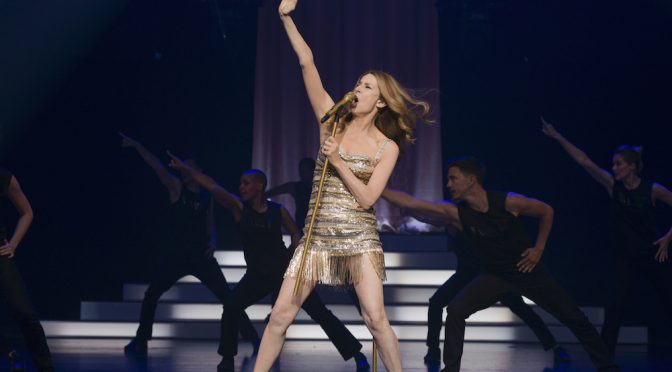 For a glorious respite from the challenges of our present reality, look no further than the Alliance Française French Film Festival, which will return from early March until mid-April for its luminous 32nd season.

Presented by the Alliance Française in association with the Embassy of France in Australia, this joyous and evocative celebration of French culture will screen in splendour at Palace Cinemas across seven cities and two satellite locations.  The strictest Covid protocols are adhered to in each state, including social distancing, sanitising and circulation of clean air, to ensure a safe cinema experience.

For its 2021 outing, the Festival is delighted to have the generous patronage of esteemed Presenting Sponsor, Peugeot Australia. With over 210 years of rich history, Peugeot delivers award-winning excellence in its mobility solutions for the modern motorist.

2021 is also noteworthy for being the inaugural season of Artistic Director, Karine Mauris.  Hailing from a background immersed in cultural creativity, Karine is passionate about nurturing emerging talent and discovering stories that cast a spotlight on the many rich facets of French life.

Every film in the 2021 season is guaranteed to transport and delight, with many exploring the powerful urge to overcome obstacles, no matter the situation, or sacrifice demanded.

Passionate examples include Appearances, a taut thriller in which a couple’s privileged Viennese existence threatens to implode when a husband’s infidelity propels his wife into a spiral of revenge; Miss, a joyful, yet thought-provoking film about a boy who dreams of transcending traditional binary gender definitions by entering the Miss France beauty pageant; Final Set, a must-see for sports fans, as an aging tennis player takes one last shot at winning the French Open, The Rose Maker, a gentle comedy in the grand French tradition, about a once prosperous rose grower, who finds salvation from an unlikely quarter; Bye Bye Morons, a madcap quest filled with adventure, peril and bewildering encounters, and Aline (inspired by the life of singing sensation Céline Dion), the story of a teenager from Quebec whose powerful voice propels her onto the world stage to become the darling of millions.

As intrinsic to French culture as breathing, ‘l’amour’ in all its intoxicating complexities, is also a recurring theme throughout the 2021 line-up.  It’s explored with delicate sensitivity in Love Affair, with sophisticated humour in The Wedding Speech, empathy in Summer of 85, whilst France’s enduring love affair with gastronomy is depicted via the first French restaurant in the splendid 18th century period drama, Delicious.

This year’s programme will also highlight diversity through titles such as The Man Who Sold His Skin, a modern Faustian tale, selected as the Tunisian entry for Best International Feature Film at the 93d Academy Awards©; the devastation of civil war as depicted by Small Country: An African Childhood; Arab Blues, a sparkling ‘fish-out-of-water’ comedy about adapting to a new culture; the fraught Night Shift, which explores the moral dilemmas faced by police when dealing with illegal immigrants, the lyrical and poetic 1950s drama, Skies of Lebanon and Fahim, the Little Chess Prince, the story of  Fahim Mohammad, the Bangladeshi refugee boy who became a national French chess champion.

Follow the Festival on social media to keep up-to-date with the latest news and events:

Featured image : a still from the movie ‘Aline’, part of this year’s French Film Festival