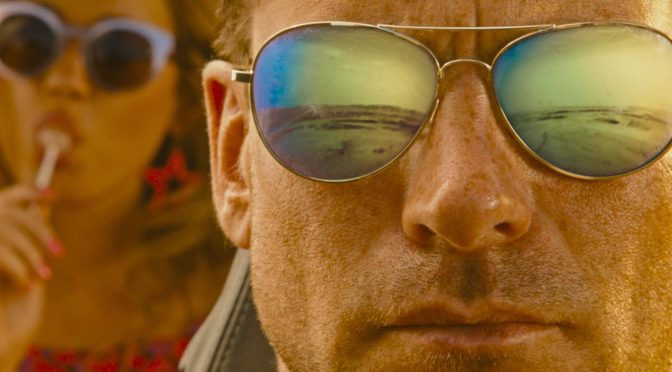 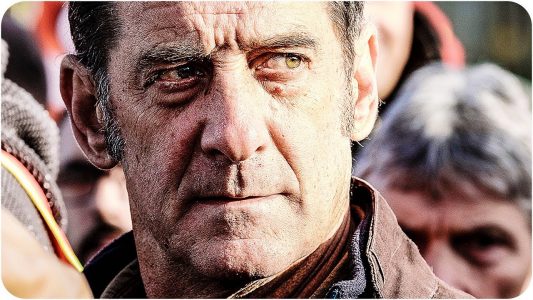 Be en garde for EN GUERRE (At War), a bristling, bruising, robust and bravura drama of labour relations, an industrial strength conflict between blue collar and white colour, the chasm between shop floor and share holders.
Never has negotiation between management and workers been so elevated from the enervated as film maker Stephane Brize navigates his cinema verite approach to searing internecine heights. Board room discussion in lesser hands would be mere bored room argument, but Brize lets the banal bleed out and the film seethes with conflict and undercurrent.

EN GUERRE is a three ring circus with government in the middle of a dispute between a global conglomerate and a local industry workforce who have sacrificed pay and conditions for the past two years honouring an agreement that the company is now reneging on despite posting a profit. For the government to intervene sends a negative message to investors, but no action riles blue collar constituents on the electoral roll.

Greed and grubby corporate governance is at the core EN GUERRE, and how it can fracture a community. The workers make a bid to buy the factory from the parent company but are blocked, because the company does not want competition. Buoyed by a smouldering central performance by Vincent Lindon, EN GUERRE is social justice film making par excellence. 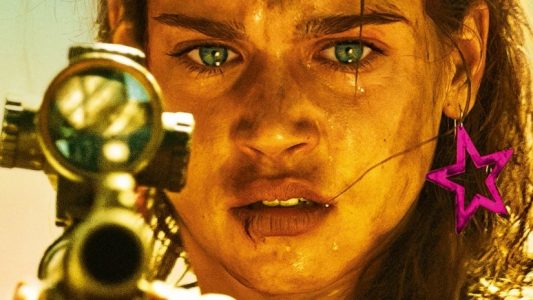 REVENGE is a highly stylish and stylised retribution thriller, where righteous action is taken against a trio of morally bankrupt men by the woman they most obnoxiously abused. We first meet the woman as a lollipop sucking Lolita in pastel colour, sugar and spice and everything nice little girls are supposedly made of. Her star shaped earrings are pop art pretty and take on a Wonder Woman significance as her ordeal unfolds.

“Women always have to put up a fucking fight” says the vile Alpha male with chiselled chin, expansive chest and chauvinist mind set. Well, yes they do, when they encounter people of privilege and power who have the misplaced sense of entitlement over a woman’s body simply by possessing a penis. REVENGE explores pertinent questions about consent and desire, redemption and vengeance, in an accomplished feature film debut by Coralie Fargeat with a kick arse central performance by Matilda Anna Ingrid Lutz. 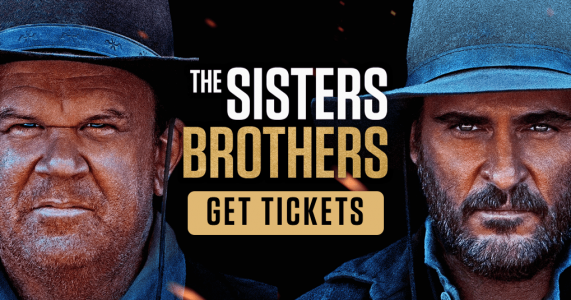 Whilst never quite living up to its source material, the Man Booker shortlisted novel by Patrick De Witt, THE SISTERS BROTHERS remains an interesting and intriguing addition to the film genre known as the Western. John C Reilly and Joaquin Phoenix star as the notorious bounty hunters, Eli and Charlie Sisters, in the employ of the sinister Commodore, and tracking the trail of elusive prospector, Hermann Kermit Warm.

Directed by Jacques Audiard, a lot of the eloquence of DeWitt’s novel dialogue is lost in translation, however the stunning vista visionary cinematography by Benoir Debie accompanied by the superb score by Alexandre Desplat keeps this odyssey consistently afloat. 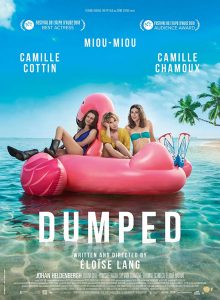 For sheer daffy delight, DUMPED will be hard to trump.
Francoise has been deserted by her husband so her adult daughters Rose and Alice decide to treat her to a Sixtieth birthday celebration on the island of Reunion. Starring the incomparable Miou-Miou as Francoise and comic queens, Camille Cottin as Rose and Camille Chamoux as Alice, DUMPED is full of pratfall, slapstick, bon mots, and faux pas all shot against the glorious backdrop of Reunion. A delicious souffle.

This very special Festival edition, which will showcase its innumerable delights across 12 distinct categories with self-explanatory titles ranging from “Paris Snapshots,” “Summertime,” “Lighten Up,” and “Critically Acclaimed,” will also present a selection of outstanding movies from Belgium, Canada and Switzerland via its “Across Borders” category including The Fall of the American Empire (La chute de l’empire Américain), a richly amusing comedy drama from renowned Canadian director Denys Arcand.