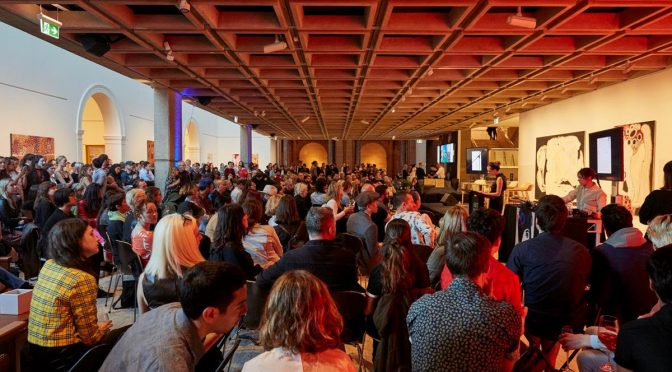 It has been a Record year for Art Gallery of New South Wales with unprecedented financial support and highest attendance figures in recorded history.

In the year that saw the NSW State Government provide the Art Gallery of New South Wales with $244 million in funding for its expansion known as the Sydney Modern Project, the Gallery also enjoyed an unprecedented philanthropic show of support and record attendance figures.

In 2016-17 the Gallery’s overall visitation (across Domain, Brett Whiteley Studio and regional touring sites) was 1,591,355.  This was an increase of 23.7% year on year and the strongest visitation to the Domain in recorded history.

In what is likely to be the country’s most substantial public private partnership in the history of the arts in Australia, a total of $80 million has this year been committed or pledged alongside the state government’s $244 million for the Gallery’s expansion.

In June, the Gallery announced Susan and Isaac Wakil as lead donors to the Sydney Modern project capital campaign with the extraordinary gift of $20 million, one of the largest lifetime monetary gifts ever made to an Australian art museum, and the largest monetary gift in the Gallery’s 146-year history.

During the year the Gallery received further remarkable philanthropic gifts to the Sydney Modern Project including five gifts of $5 million or more as well as early commitments of $1 million or more from a further 20 private donors.

Art Gallery of NSW director Dr Michael Brand said it was an “incredible honour” that the Gallery received such a strong show of support during the year from both the state government and individual arts patrons.

“There are many, many ways in which the Gallery is supported by its community but what motivates all of us – be it government representatives, philanthropic donors, our Board of Trustees, Art Gallery Society members, volunteers or my colleagues on staff – is our belief in the power of art to connect people and to provide shared cultural experiences that help us better understand our world and make positive change where we can,” Dr Brand said.

While private donors to the Sydney Modern Project capital campaign are contributing to the significant physical legacy of the Gallery, other acts of philanthropy and special funds, grants and contributions totalled $37.8 million in 2016-17.  This included 420 works of art that were accepted into the collection worth $23.4 million.

Major acquisitions, all of which have been on display in the past twelve months for visitors to experience include Emily Floyd’s Kesh alphabet 2017; Seven sisters 2016 by the Ken Family Collaborative (Tjungkara Ken, Yaritji Young, Maringka Tunkin, Freda Brady, Sandra Ken) and Michael Parekowhai’s The English Channel 2015.

Organisations such as the Crown Resorts and Packer Family Foundation, alongside contributions from other individuals, are ensuring the success and growth for example, of education and community engagement initiatives.

While it is anticipated that an expanded Gallery in 2021 will dramatically increase the Gallery’s ability to welcome more visitors, attendance figures for 2016-17 at the Gallery’s Domain site and Brett Whiteley Studio show visitors engaging with art in record numbers across both ticketed and non-ticketed exhibitions. Visitation at these two sites rose by 20 per cent in the past year to 1.4 million, even higher than the 2011-12 financial year which featured the hugely popular Picasso exhibition.

The Gallery’s commitment to sharing the collection and engaging audiences throughout regional NSW, Western Sydney and interstate saw the touring of seven exhibitions to major state institutions and regional galleries in NSW, Queensland and Victoria.  These exhibitions were seen by over 211,000 visitors (an increase of 57 per cent from the previous year) with over 59,700 visitors viewing touring exhibitions in regional NSW.

The Gallery’s public and community programs attracted over 180,000 visitors and education programs reached over 93,675 students and teachers.  Over 6,000 tertiary students visited the Gallery for facilitated and independent visits from a range of disciplines including art history, studio practice, museum studies and English as a second language (ESL).

In addition to these programs, the Gallery provided mentoring to tertiary students. To support student and early-career professional development, the Gallery placed a total of 23 interns in departments across the institution including twelve interns in the conservation department.

In 2016-17 as always, scholarly research was a key undertaking.  Original research with the descendants of artists from Milingimbi resulted in the exhibition and accompanying publication Art from Milingimbi: taking memories back by the Gallery’s senior curator of Aboriginal and Torres Strait Islander art Cara Pinchbeck, with Lindy Allen and Louise Hamby.  This close collaboration with the Milingimbi community offered new understanding of these important collection works.