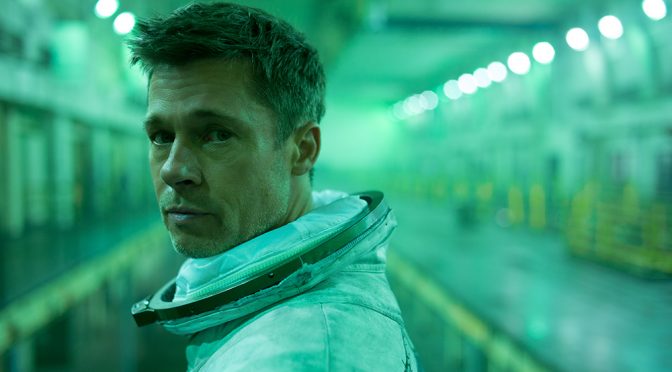 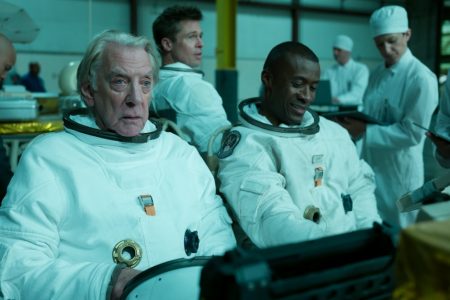 Brad Pitt stars as astronaut Roy McBride, son of the most decorated astronaut, who vanished the other side of Neptune on a mission in search of extra terrestrial life.

When a strange event dubbed ‘The Surge’ triggers power outages and plane crashes around the world, an event that nearly costs the life of Roy McBride at the beginning of the picture, the United States Space Agency suspects the cataclysmic effects are coming from Neptune and may be linked with the missing mission.

They deploy McBride to Mars via the moon so as to send a laser communique to his father to see if they can verify if the missing commander is alive and whether he has gone rogue and somehow responsible for the catastrophic “surge”.

AD ASTRA explores the psychological ramifications of reaching for the stars and peering into the heart of darkness in a mix of astrophysics and metaphysics, an exploration of outer space and inner space, with some conventional adventure thrown in.

Brad Pitt exudes stellar stoicism as Roy McBride a stoicism inherited from his father’s ethos and enhanced by his father’s abandonment. Duty to mission means neglect of emotional life and the sins of neglect by the father have been visited on the son.

The inspired casting of Tommy Lee Jones as the father whose faith in and fervour for other life forms is illustrative of fundamentalist religious types who eschew the human, foster a dissatisfaction for mankind, and wish for the annihilation of it.

Liv Tyler, Ruth Negga and Donald Sutherland co-star alongside Pitt, who is shaping up to have something of a banner year with the already released Once Upon A Time in Hollywood.

Not quite a space oedipal, AD ASTRA takes a classical approach to a story of self discovery, redemption, and personal reclamation with stunning visuals, striking set pieces and questions concerning extraterrestrial territorial conflict.