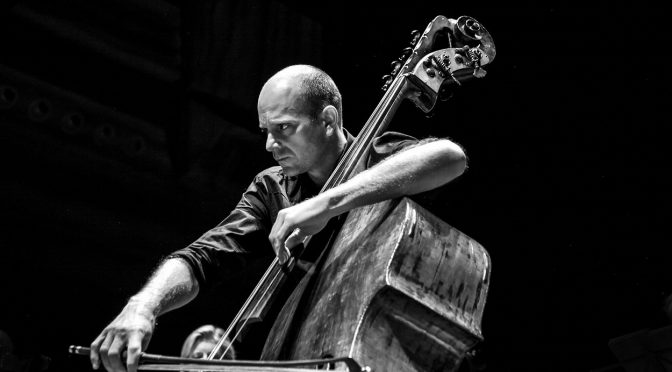 ACO: TOGNETTI TCHAIKOVSKY BRAHMS
This is a vibrant , electrifying concert that was superbly played and had the packed audience bursting with enthusiasm. The work of two masters was paired with that of two female composers born in 1980 and included an Australian and a world premiere.There was a rich lustrous sound throughout.

First up was the Australian premiere of Anna Clyne’s Prince of Clouds ,her Grammy Award-nominated double violin concerto . This featured the delightful work of Ike See and Glenn Christensen in a magnificent partnership.The ensemble playing was also magnificent and precise. Clyne draws inspiration from Bach’s double concerto in a meditation on musical lineage. You could feel and see the clouds in your imagination .

Opening with hypnotic , shimmering violin work , some of Clyne’s work was flowing and lyrical yet this was contrasted with ominous rumbles , biting contention and sudden surging storms . Whirling clouds with pizzicato for rain effects were evoked. It sizzled with insistent rhythms and at one point a folk dance like melody. The two soloists soared , leading to a very soft and delicate conclusion.

Tchaikovsky’s lushly orchestrated Serenade for Strings in C major was the second work – balletomanes will almost automatically think of Balanchine’s Serenade. It was given a most expressive, crisp performance that made it sound recently written. In this work Tchaikovsky alludes to his hero Mozart. The opening of the first movement was ,for me ,performed extremely fast an while some of the movement was at a slower, less breathless pace most of it scurried , tumbled and cascaded .

Tognetti performed very intensely and energetically .The second movement features a lilting waltz on shimmering , darting violins .the third movement was pensive and melancholy , building in intensity and passion with references perhaps to Tchaikovsky’s Swan Lake . The final movement ,with its strident strings , breathless runs , circular rhythms on a Russian folk dance theme and pizzicatto led eventually to a recapitulation of the opening theme and the finale.

After interval came the striking Dark with Excessive Bright by Missy Mazzoli,a World Premiere and featuring the extraordinary playing of Maxime Bibeau on double bass to celebrate his 20th year with the Orchestra this year. On his 400 year old instrument Bibeau led the work emphatically , an intense discussion between him and the ensemble of the Orchestra . Dark with excessive bright had a growling vigorous start and at other times it rippled and shimmered , pulsated and flowed . The work included ricochet bows and string-crossings and a duet with with the ACO’s second double bassist, David Campbell.

There was thunderous extended applause.

The final work was a lushly Romantic performance of Brahms (arr. strings) String Sextet No.2 in G major with the addition of musicians from the Australian National Academy of Music (ANAM) all working together in perfect synergy, nimbly manouvering through the demanding piece. Blisteringly fast sections in the second movement are contrasted with lyrical segments. Floating violins ebb and flow while other scurrying anxious ensemble members interrupt the discussion in a thrilling finale to the concert.