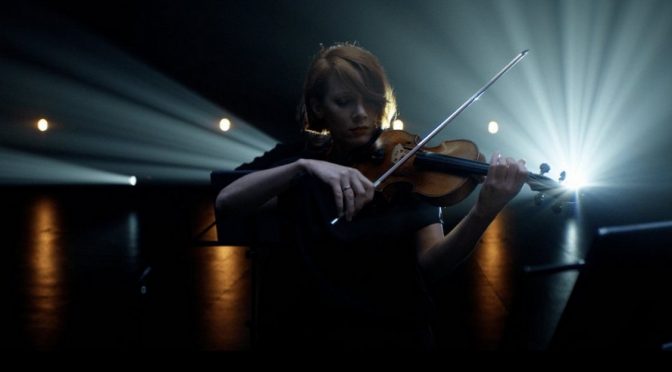 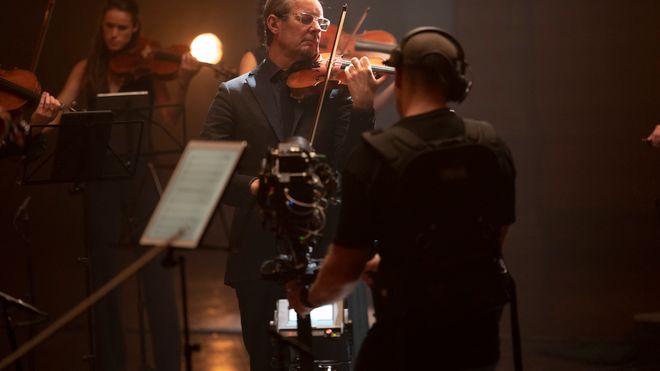 The latest Studiocast performance by the Australian Chamber Orchestra, led by maestro Richard Tognetti opened with a bang – straight into Tchaikovsky’s  Serenade for Strings , Op. 48. This was written in 1880 at the same time as his 1812 Overture. It was used famously for Balanchine’s ballet, and  also has been incorporated into films and other events including footy games and, of all things,  a 1945 countdown for an atomic bomb test! It is now regarded as one of the major works of the late Romantic period.

In the first movement Tchaikovsky deliberately attempted to write a piece in the style of Mozart. The Seranade opens with the chords of a Chorale which acts as both a shaping melody and a theme that is taken and reworked. We hear it again at the end of the first movement and also in the finale. Agitated, skittering strings sharply dart through the music. Following the chorale there is a sonatina that is replete with conflicting themes and polyphonic layers.

The second movement is an enchanting waltz in Tchaikovsky’s trademark style, with its flowing circular melody and lilting strings. “Élégie” the third movement is slower and more stately and reflective and it begins and ends, somewhat like the first movement, with a slower paced section featuring muted strings and a similarly stirring effect . “Tema russo”, the finale, has a breathless ending .

Next came the short Andante for Strings (1931) by Ruth Crawford Seeger. It oozed and shimmered with the intense atmosphere of a rive in a hot jungle – or mangrove swamp, perhaps? Rather muted, tangled two -note themes are repeated, which become extended thoughtful musical lines, passed from instrument to instrument, structured above each other, leading to a sharply dynamic gathering of somewhat dissonant counterpoint.

One of the highlights of the concert was Maurice Ravel’s lush, lyrical Deux Melodies Hebraiques ( 1914 ) pulsating with Tognetti’s exquisite violin exquisitely  playing the Kaddish  which is a Jewish prayer .The second song ( L’énigme éternelle ) had an emphatic, waltz like beat and rhythm.

Tchaikovsky’s String Quartet No.I in D Major , Opus 11 : 11 Andante Cantabile (1871) ,  which reportedly made Tolstoy cry,  was given a  quivering, heartfelt , anguished dialogue between cellist Timo-Veikko Valve and the rest of the Orchestra in a performance that ranged from blissful felicity to despondency.

Rich and multi-layered , George Walker’s Lyric For Strings ( 1946) was composed when he was only 24,  but remains one of his most popular works. It is full of a range of moods, ranging from sharply strident to delicate, sumptuous harmonies, alternating with bleak solo segments. The piece  is dedicated to his grandmother who passed away in 1945 and has allusions to Samuel Barber’s Adagio for Strings. The work was originally the middle movement of a string quartet that Walker developed into a larger orchestral work. The main theme is stated by the first violins  which is then taken and developed leading to an impassioned climax .More of the same is vividly repeated while the coda remarks on a quieter interlude heard previously.

ACO StudioCasts ‘Tchaikovsky’s Serenade’ will premiere at 8pm Wednesday 7th July, 2021 and will be available to subscribers until midnight, Friday 31st December, 2021.