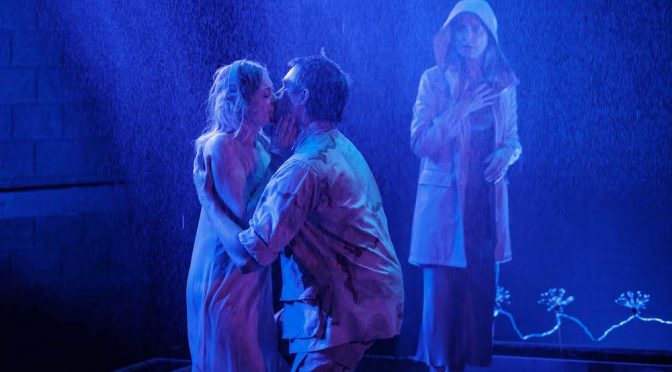 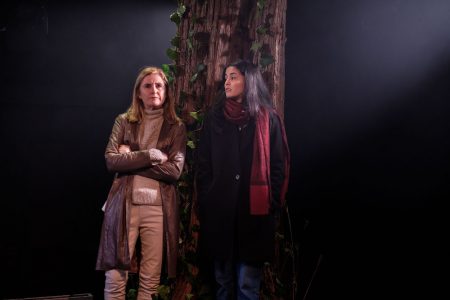 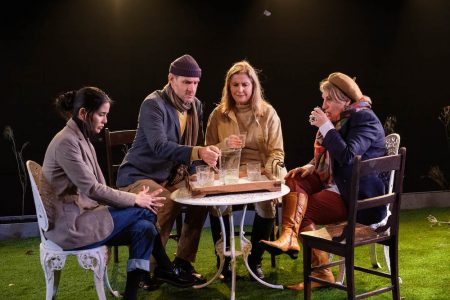 This really is very good. It’s a must see!

The scenario to UK playwright Mike Bartlett’s ALBION, the title refers to King Arthur’s ancient paradise, sees a middle-aged woman Audrey, a self made businesswoman decide to give up her city life and retire to the country, to a large country estate with lush gardens. Her husband Paul, the very affable  Paul, comes with her. Audrey sees the genteel manor as quintessentially British, and owning it was some sort of compensation for losing her son who was in the British army in the futile war in Afghanistan. Things don’t  work out for Audrey, and the play sees her having to come to a decision whether to keep the estate or go back to her old life.

The production has been exquisitely directed by Lucy Clements with great work by Monique Langford as the production designer. The show features an outstanding set, Sam Cheng’s soundscape is edgy and atmospheric as is Kate Baldwin’s lighting design.

I  took a lot a way from this production put on by Secret House, New Ghosts Theatre Company and the Seymour Centre. The staging is just beautiful with the garden replete with flower beds  changing with the seasons and a symbolic large tree hanging over the property.

So many scenes touched me. The very emotional scenes with Joanna Briant as the play come to an and, in true classic drama style, everything feels like it is on the line. The sparks that fly in the scenes Joanna Briant, her daughter Zara and one of Joanna’s best friends Katherine. Any of the scenes with Jane Angharad as Audrey’s late son James’ partner, Anna. Anns was only with James for three months and he died a  while ago yet she is still grieving him. Angharad is tremendous in the role.