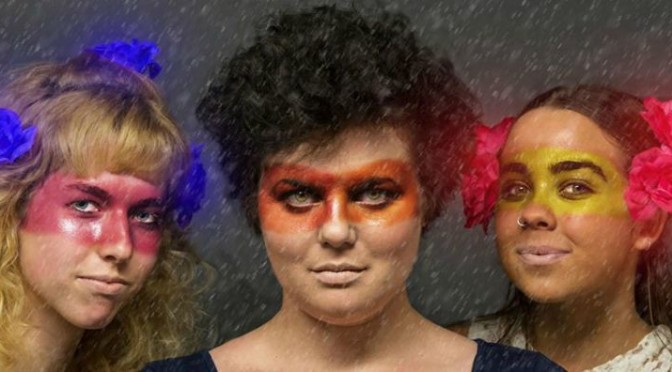 It is hundreds of years after the comic goings on of Shakespeare’s A MIDSUMMER NIGHT’S DREAM and there is a crisis in the woods. Oberon has fallen into a deep depression after Titania’s death and has frozen everything. Even though it’s been 20 years, Oberon shows no sign of improvement and Puck has had enough. Puck has become a ‘splintered elf’ and Robin Goodfellow, his dark alter ego, hatches a plan.

If Puck can find Cupid’s Flower again, Oberon might be bewitched to fall for Elixir of the Twilight Fae and thereby wake from his sleepwalking existence. Puck dispatches Glancing of the Dewdrop on the flower recovery mission. Glancing becomes accidentally infected and falls in love with his own reflection. Chaos on a Shakespearean scale ensues.

Written by Audrey Summers this is a play in rhyme and it is very well written. The couplets cross across characters and change scansion depending on the action. It takes a few minutes to get your ear tuned in and then the cleverness of the conceit, some witty and self-referential lines and the nice plotting carry you through the next 90 minutes. It may have been opening night nerves but some of the cast, especially Monique Terry as Glancing, rush the text and that does take away from some of its power.

The cast do work coherently together and some have clear characters and obvious thoughlines. Imogen Mcluskey as Elixir has a nice conflicted character which she really brings on from her first entry. Elini Cassimatis and Bethany Chandler as Oleander and Bloom, her loyal henchmen, are suitably ditzy and inept. In the title role of Oberon, Charmaine Bingwa overplays the ennui but does a good job of the later speech when the frozen forest is explained.

But, suitably, the stage is owned by Fiona Revill as Puck. She is just luminous and lifts every scene she is in. With a strong voice and considered relationships, she is a disarmingly charming Puck. It’s a powerhouse performance. And her command of the rhythm of the dialogue expresses the potential of this text.

Again perhaps because of opening night nerves, the scene changes were clunky but the design worked well within the limited space. The costumes were well designed and made to suit the characters and artists both. The make-up design which emphasised the eyes where the flower’s poison causes the mischief was a good motif.

The Red Square Collective’s website reflects new projects on the go and their marketing and audience outreach is great. I look forward to seeing what they come up with next.

A SNOWFLAKE ON THE TONGUE OF OBERON, as part of the Sydney Fringe continues at the King’s Cross Hotel until Sunday 27th September 27. Performance times this week are Wednesday to Saturday at 7pm and Sunday at 6pm.