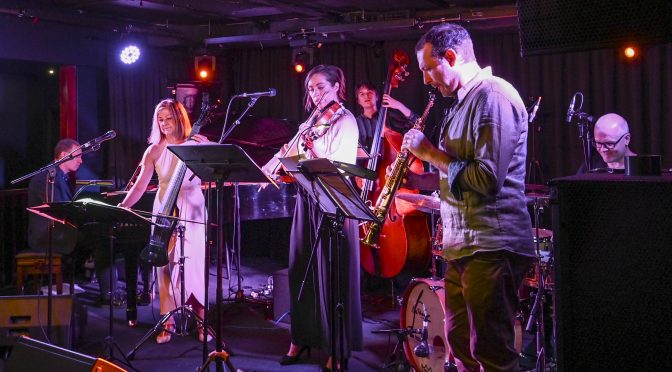 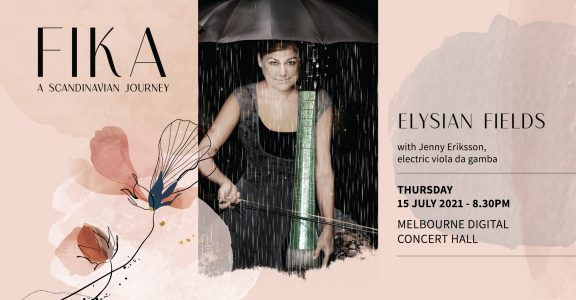 ‘One cannot dispute that an instrument has never come so close to resembling the human voice as the viol has, which indeed is only distinguished from it by the fact that it cannot utter any words.’ (Jean Rousseau, 1687)

I, Jenny Erikkson, added up the dates the other day. I have been playing the viola da gamba professionally for well over three decades. I just love it. I still get up each morning wanting to play. Why? It’s because the viola da gamba sings! Right back in the 1600s Jean Rousseau put it so well in the quotation above and nothing has changed since.

Our July 15 broadcast for Melbournde Digital Concert Hall (MDCH) draws on our second Elysian Fields CD, FIKA (pron. ‘fee-ka’). Fika is a term the Swedish use to describe the process of sitting down for coffee, conversation and pastries with friends and family. In making the recording on which I broadcast is based, we wanted to create something beautiful that would bring people together, just as fika does.

As well as Matt McMahon and Susie Bishop’s arrangement of several folk songs, and jazz by the likes of e.s.t. and Norwegian jazz pianist Jan Gunnar Hoff, our MDCH broadcast also features music specially composed for us including ‘Shadow’ by Australian composer and fellow viola da gambist, Alice Chance. This work was kindly commissioned for Elysian Fields by Michael Lawrence-Slater. Band member and sax player Matt Keegan also contributes two charts and I have written one as well. I hope you can listen in.

NB – Tickets are $24 and must be purchased beforehand. Ticketholders can watch the program for up to 3 days after the event. All revenue goes to the musicians.