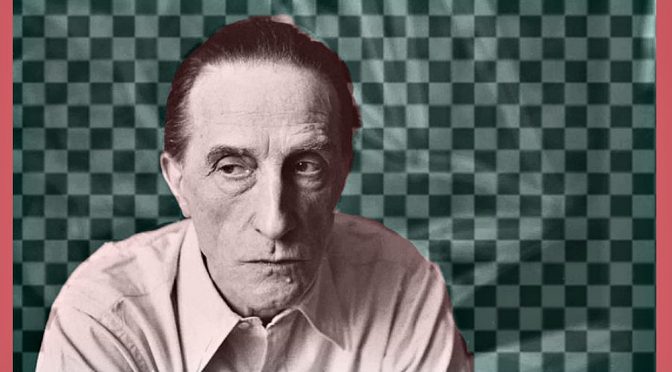 When Marcel Duchamp entered his masterpiece “Nude Descending a Staircase, No. 2” in 1912 in the progressive, innovative Salon des Indépendants exhibition organised by his fellow avant-garde artists, his liberal-minded, cutting-edge colleagues rejected his painting.

Just a few years ago, a prestigious director of a leading, world-renowned art gallery was asked whether Duchamp’s infamous “ready-mades” (mass-produced, common, found objects) were art; the answer was an unequivocal no.

Duchamp challenges you and me to realize works that ease the awful unfolding of the world, a journey which every individual, but for corruption and dire death, is born to enjoy.

Duchamp spurs you and me to counter some counterfeit beacons ourselves and, in place of what John Kenneth Galbraith called the “corporate techno-structure”, Duchamp goads us to create meaningful, spirited social life that is not a caricature of what the world could be, were it more than a “hamster cage of earning and spending”, as Jackson Lears succinctly put it.

The point of Duchamp’s art is not in the things. It is in what you and I do, released by them from fallacy and unfettered from organized killing into a coherence of creative life.

The objects ask: “what are you doing?”

In Thomas Merton’s words: “I, for one, completely agree with Herbert Marcuse’s analysis of the ‘one-dimensional thinking’ in which the very rationality and exactitude of technological society and its various justifications, add up to one more total mystification.”

Michelangelo’s Awakening Slave dares you to release liberty from the greed that would own the world in the name of freedom.

Rembrandt’s self-portrait as an old man wrestles you to unburden kindness from the egoism that professes love.

Duchamp’s urinal goads you to distinguish appearance from truth.

Is there a sham more dire than received wisdom and the deadly backlash accepted morals spur?

The lineage of art, to which Michelangelo, Rembrandt and Duchamp belong, throws down the gauntlet to much you take to be self-evident.

The essential Duchamp, an exhibition from The Philadelphia Museum of Art, is at The Art Gallery of NSW until 11 August, 2019