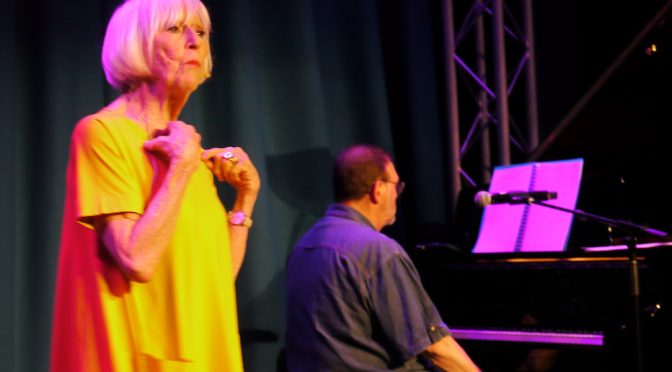 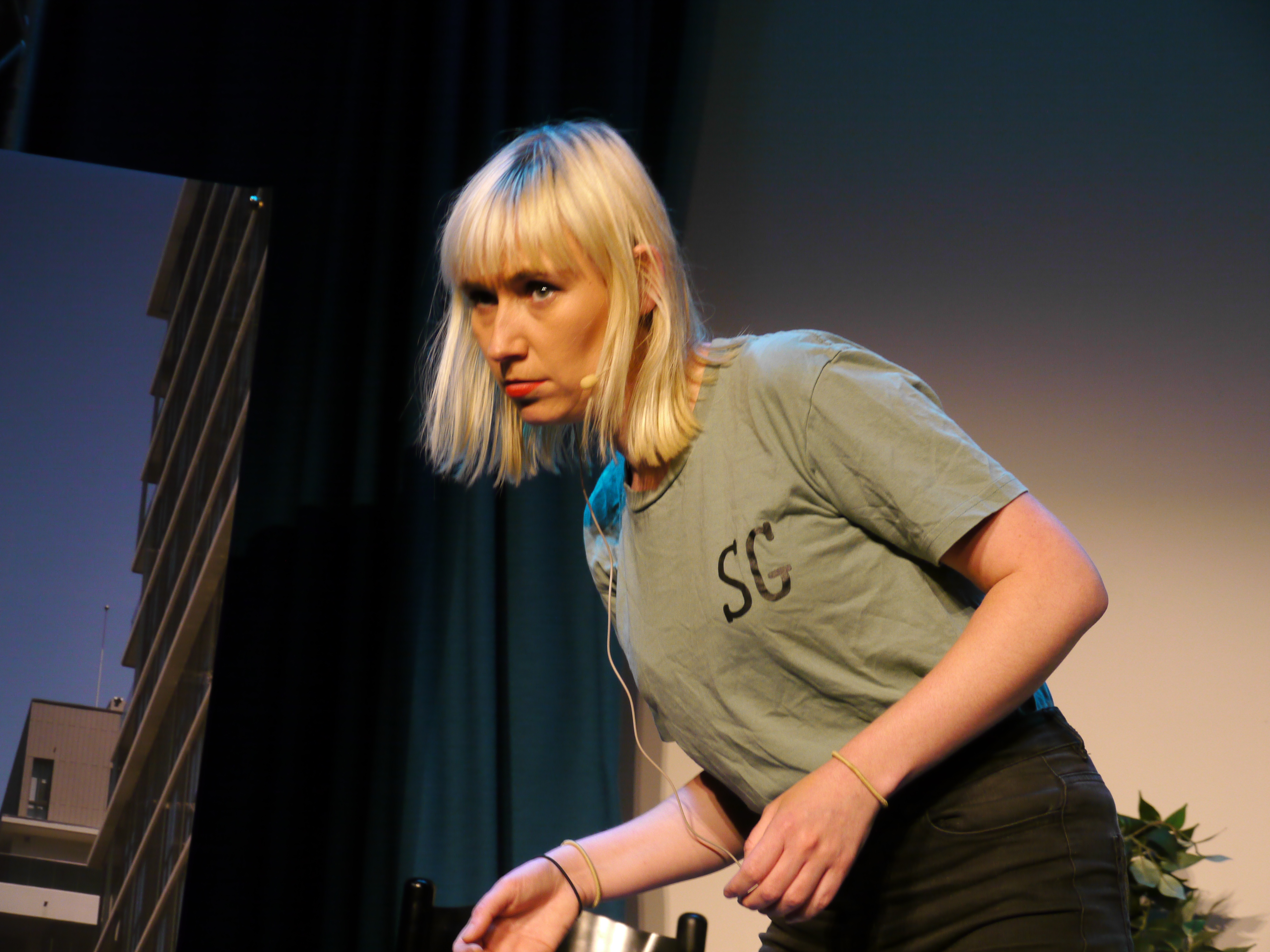 In MY LIFE: YOU’RE SOAKING IN IT Robina Beard demonstrates her signature charm and playfulness as she dips her hands into the sparkly, bubbly memories of a theatrical life well-lived. From ballet school auditions to breakdowns out bush, celebrity encounters to twenty years as Madge on ‘that Palmolive ad’, Robina delights as she skips from one fond memory to the next. Her intimate monologue is interspersed with snatches of song and dance plus perky piano pieces from the talented Greg Crease. A thoroughly enjoyable pas de deux down memory lane.

In VIEW FROM A BLACONY Katrina Maskell delivers a quirky and appealing performance as the girl from Newtown who uproots herself and journeys to the deserted wilderness of a high rise apartment in the inner west. As she muses on the ups and downs of living in a seemingly uninhabited, white-walled world, far from the peeling paint and daily dramas of a Newtown shared house, she gradually finds her feet – and a few neighbours – in this vertical, pristine habitat. Unfortunately, due to illness prior to the show, we didn’t get the best of Katrina’s voice at this preview performance – so the songs at the piano were less engaging than the spoken word sections. Nonetheless the work captures with perceptive humour the urban unease of an inner city dweller venturing into the sky-scraping ‘villages’ of the future.

This piece was written and directed by Geoffrey Sykes

This double bill will play the Riverside Theatres, Parramatta  on February 1st 2020

Louise Charman-James- Freelance writer and singer based in the Illawarra.