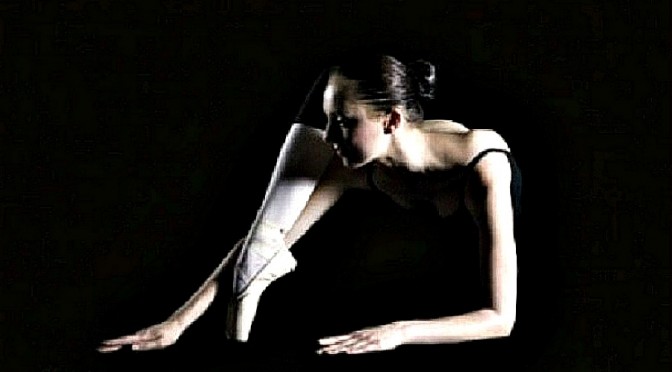 BALLERINA: SEX, SCANDAL AND SUFFERING BEHIND THE SYMBOL OF PERFECTION by Deidre Kelly

This is a fascinating , disturbing book for those who love dance and also others interested in gender studies for example. It is a thought provoking history of the ballerina as social construct – ‘the idealised woman’. In it Kelly describes the humiliation, starvation utter exhaustion, sexual exploitation and poverty that ballerinas have suffered through the ages.

Deirdre Kelly is a journalist, author, and internationally recognized dance critic for Dance Magazine, the Dance Gazette, and the Globe and Mail, where for sixteen years she was the paper’s dance critic on staff. Kelly has also been a contributor to the International Dictionary of Ballet and the online arts group, www.criticsatlarge.ca.

The general public’s usual idea of ‘The Ballerina’ is one of lightness and grace, more a diaphanous swirl of fluid motion than flesh-and-blood woman (ie Giselle, the Sylph) as seen in the Romantic ballets. She is, for many, an idealized notion of femininity. But the harsh reality is, and always has been, much less romantic.

From her earliest incarnation in 17th-century France to her present as struggling artist, working woman and mother, the ballerina’s persona has encompassed darkness and light, as much Odile as Odette. Last year’s savage violence behind the scenes at Russia’s prestigious Bolshoi theatre and the public confession of a former English National Ballet director that he ordered a ballerina to abort before he would cast her in a role is current proof that the backstage realities of the ballet world are often very unpleasant .

Kelly’s book begins with a look at how Ballet when it first started in the seventeenth century was completely male centered and French court based, with the particular example being Louis XIV the Sun King . Kelly’s quite detailed account of how ballet transitioned from being a means of teaching aristocratic boys and men proper form for court appearances, fencing and military manoeuvres to its becoming an avenue of social advancement for lower-class women is informative and fascinating. Kelly spends much of her book examining how sex played an overwhelming role in the lives of 18th- and 19th-century ballerinas attempting to explain women’s dual nature as dancer and courtesan.

Kelly’s two main themes are that whilst dancers have been treated with less than respect and kindness, they have maintained an illusion of poise, purity, daintiness and virtue since the days of Louis XIV, (who established what is now the Paris Opera Ballet), despite the harsh realities of their lives. The illusion often disguised hidden lives as courtesans or even prostitutes. As a result, the public image of dancers is divided.

Louis XIV’s establishment of the Académie Royale de Danse in 1661 changed ballet. The school’s director, Jean-Baptiste Lully, finding the nobility unable to perform his new “opera ballets” at the Paris Opéra, opened the school to the lower classes. Unexpectedly, now even illegitimate daughters of the poorest citizens could learn to behave like ladies of high birth. With their talent came status: “Many women dancers seized the opportunity to dance professionally, acquiring social prestige and, in some cases, vast stores of wealth even though their origins were humble.”

Detailed analysis of the life and loves of famous ballerinas such as Prevost , Salle, Camargo, Taglioni, Grisi are included, as well as the terrible deaths of Emma Livry and Giuseppina Bozzachi. Links are made to the terrible burning of ballerina Janine Charratt in 1961.The gruelling, extremely hard life of ordinary ‘petit rats’ at the Opera is defined with a look at the lives of the von Goethem sisters, one of whom, Marie , was the model for Degas ‘ the Little Dancer ‘ sculpture.

The juicy tale is told of one great seventeenth century ballerina, Marie-Madeleine Guimard, who maintained a stellar career while amassing a fortune as part owner of a series of “Pornographic theatres” (Kelly never quite defines this). Ballerinas at that time often somehow juggled multiple lovers from business, clergy, and royalty who supported them. Since many originally came from great poverty, they often supported their families with these extra-curricular activities, many of which came to an end with the French Revolution.

From France we jump to Russia with particular attention to the lives of Pavlova, Karsavina and Kscessinska taking us through from roughly the 1870’s to the Diaghilev/Ballets Russes era. This then takes us through to Balanchine and then through to today.

In the 20th century, the renowned choreographer, George Balanchine was regarded as a benevolent dictator to many of his dancers, particularly to his own New York City Ballet. His preferred body type was taken as law by many dancers, who starved themselves or had plastic surgery to conform to Balanchine’s tastes. This was passed on virtually world- wide until roughly the late 1990’s and still worryingly prevails to a degree.

Kelly also scarily catalogues injustices carried out on contemporary Canadian ballerinas. She outlines the professional hardships of dancers Gizella Witkowsky, Kim Lightheart and Patricia Neary, and she details the behind-the-scenes story of ballerina Kimberly Glasco who made front-page headlines by launching—and eventually winning—a wrongful dismissal lawsuit against the National Ballet of Canada in 1998. Kelly often cites her own newspaper and magazine articles for these controversies, so they aren’t really new revelations, but when blended together in this way they’re very effective at painting a picture of the ageism and suffering at the ballet barre.

The book is almost completely European/American centered (the Royal Ballet doesn’t really get a mention, nor the Royal New Zealand Ballet) but from an Australian perspective it is interesting to observe that the American Ballet Theatre suffered strikes and other disputes at roughly the same time as the Australian Ballet did in the early 1980’s and for similar reasons (pay and work conditions).

Taking us right up to date the current Australian Ballet does in fact get a mention with quotes from principal Amber Scott, and a look at how here our fabulous company now helps dancers with its support team of doctors, physios trying to prevent injury and/or help injured dancers and keep them performing.

Balanchine has a lot to answer for. There has been a big change since the 1980’s with the desired ‘look’ now far more ‘lean and mean’ rather than thin and suffering and the understanding that bodies have to be healthy to perform .Today’s extremely athletic works are punishing and dancers need to eat properly and have a different shape to survive and perform. There are fascinating insights in Kelly’s book about body image, the prevalence of anorexia and bulimia in both dance schools and companies and how some dancers (Kirkland and Garritano) are punished for speaking out.

Another crucial issue raised is support – or lack of it – for dancers once they stop performing. Where do they go?! What do they do?! Are their skills and talents utilized? (Mostly no , they are ignored ). Some can teach or start their own school, but what of those who don’t? Mention is made of the Dancer Transition Resource Centre in Canada and there are scary statistics and examples of suicide and poverty, top artists being ignored once they are forced to retire. (Ausdance here in Australia has links to the OTPD, the international transition organisation). Ageism is a major issue raised in the last part of the book but no clear resolution is given.

With its compelling narrative and its rigorous research, this is a groundbreaking book about the hidden underside of the glamour and spectacle of the ballet world. It reads as a moral cautionary tale yet defiantly ends on a positive note. There is an excellent index and extensive bibliography as well as some delightful photos.

For more about ‘Ballerina’ by Deirdre Kelly, visit http://www.greystonebooks.com/book_details.php?isbn_upc=9781926812663