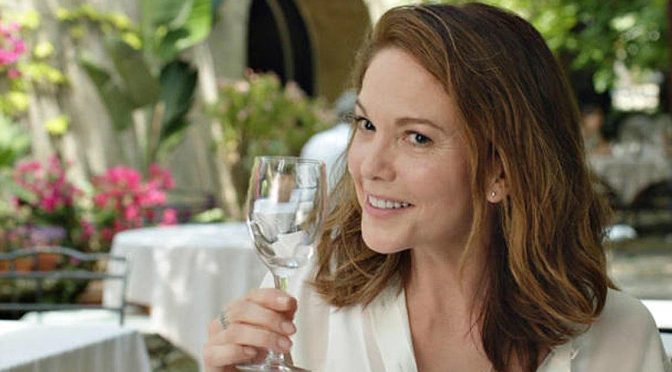 Your cinematic cup runneth over in July with a couple of Coppola pictures that are a cut above the pack.

Forging away from father and husband Francis, daughter Sofia and wife, Eleanor, have each made a film that entertains, enchants and engages in both narrative and image. Sofia’s choice is THE BEGUILED, the latest in the crinoline and corset carousel that’s merry go rounding our cinemas at present.

Often one will see a film and be inspired to track down its source material.

This was the case when Sofia Coppola finally caught up with Don Siegal’s Clint Eastwood starrer, The Beguiled.

Instead of doing a remake she wanted to shoot a re-imagining of Thomas Cullinan’s novel of the same name, a bit like the Coen Brothers did with True Grit a spell ago.

Laced with elements of a taut psychological thriller, the tale unfolds in 1864 – three years into the Civil War – and is tightly concentrated in and around a Southern girls’ boarding school in Virginia.

Sofia Coppola weaves some Peter Weir-ness in this Southern Gothic, with a haunting hitch of the petticoat nod to Picnic at Hanging Rock.

Coppola’s version begins with a young student of the school out foraging for fungi when she comes face to face with a not much fun guy, a fearful and almost fatally wounded infantryman. He’s an Irishman in a Yankee uniform. He might as well be the Devil in blue dress, but Christian benevolence suffered by little children determines the little girl to bring the soldier back to the school fore succour and sanctuary.

The girl brings him back to the school where the headmistress ministers his wounds. As she and the French teacher and the remaining students provide refuge and tend to his wounds, the house is taken over with sexual tension and dangerous rivalries, and taboos are broken in an unexpected turn of events.

Think Misery out of Picnic at Hanging Rock and you get the picture.

Nicole Kidman is at her recent best as the school principal, Miss Martha. Prim and proper but with a perceptible impishness, she is a deliciously decisive den mother with a nuanced sense of propriety mixed with a suitably appropriate sense of humour and irony.

Elle Fanning is the precocious senior student, Alicia, intent on seducing the soldier and satisfying the curiosity of her own burgeoning sexuality.

The soldier is played with rat cunning charm by Colin Farrell. When he tries to get a leg over, he comes a cropper.

Among the younger students, watch out for rising Australian star, Angouri Rice as Jane.

Sofia Coppola’s script is succinct, suspenseful, sexy and very funny, and the look of the film is to die for.

Draped in Southern Gothic, Costume Designer Stacey Battat brings a stately gorgeousity to the film that is beguiling and bewitching as the narrative. Departing the historical Southern states of America for the byways of contemporary France, Sofia’s mother, Eleanor Coppola, delivers a delicious and delightful road movie PARIS CAN WAIT, her first narrative feature that benefits from her documentary film making experience.

Basted biographical, PARIS CAN WAIT had a six year gestation from its genesis. In 2009, Eleanor Coppola found herself with a bad head cold which prevented her from flying. She had accompanied her husband, Francis, to the Cannes Film Festival with an expectation of continuing on to Eastern Europe, where he had business. What now?!

The dilemma was quickly solved by her spouse’s long-time business associate, a Frenchman, who was driving back to Paris right then. He suggested she come with him. She accepted. By nightfall she’d be sleeping in the Coppolas’ Paris apartment. And, when his meetings were over, Francis would join her for a short vacation.

Weeks later, after returning to her home in Northern California, Eleanor regaled a friend with colorful anecdotes about her jaunt from Cannes to Paris with a cuisine-obsessed Frenchman who took her on a “trip” in more ways than one. A seven-hour sojourn stretched to forty before his gasping vintage Peugeot took its final breath and was exchanged for a rental. “That’s a movie I’d like to see,” her friend said, laughing.

PARIS CAN WAIT reflects both the pleasures and vexations which stem from hours of close contact between an American woman at something of a crossroads in her life, and a charming Frenchman who oozes charm and erudition to camouflage life “issues” of his own.

It’s a road movie and a culinary adventure, much like the Steve Coogan/Rob Brydon Trip movies, but without the self consciousness.

Jacques knows all the best off the beaten track sights and restaurants and Anne, at first frustrated by the meanderings and barely muted amour of Jacques, becomes fascinated with the journey and her guide.

Anne, like Eleanor, has a fine eye and constantly snaps away with her camera, capturing the many moods and foods encountered on this epicurean and emotional epic.

Anne is also frock conscious and Coppola has had the great good sense to employ costume designer Milena Canonero, four time Oscar winner, for Barry Lyndon, Chariots of Fire, Marie Antoinette and The Grand Budapest Hotel. Adding to the sumptuous look of the picture is production designer, Anne Seibel, who was the art director on Sofia’s film, Marie Antoinette.

PARIS CAN WAIT is worth the price of admission for the travelogue aspects alone. The drive from Cannes to Paris with its sublime stopovers, including Lyons, is a scenic spectacular.

The narrative may seem to take a back seat but it drives the movie in a deceptively simple way.
Diane Lane is perfect as Anne, graceful, articulate and strong, a luminous presence, the complete antithesis of the Ugly American, while Arnaud Viard relishes the sometimes stereotypical “Frenchness” of Jacques.

PARIS CAN WAIT is well worth a look – don’t wait.