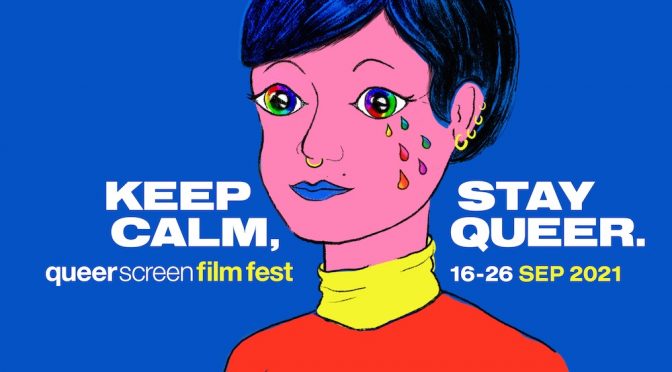 The upcoming Queer Screen Film Fest will bring much needed new, comforting and inspiring content to the small screens from Thursday 16 September to Sunday 26 September. Tickets are on sale now at queerscreen.org.au for over 40 films that will screen nationally on-demand.

Bringing the world to Australian audiences who currently cannot travel, the Festival showcases films from 17 countries, in 18 different spoken languages, and hosts no less than 22 Australian Premieres.

“Everyone in our community has been impacted by the pandemic in some way and we are delighted to create an online Festival to help us through these times,” says Lisa Rose, Festival Director. “We are very thankful to the Producers, Sales Agents and Distributors who agreed to let us share their work on smaller screens, and grateful we can bring some fantastic new and also much-loved encores to people all around the country”.

AIDS DIVA: THE LEGEND OF CONNIE NORMAN tells the story of self-proclaimed AIDS diva and trans trailblazer Connie Norman who lived and died fighting for the right to be seen and heard.

More groundbreakers are explored in FANNY: THE RIGHT TO ROCK, an inspiring documentary that introduces us to the all-female Filipina American rock band Fanny, who were written out of rock history in the 1970s.

A SEXPLANATION from gay filmmaker Alex Liu is a refreshing and fun documentary that explores why there’s still so much shame when talking about sexuality and what floats our boats.

Winner of the Frameline Audience Award, LOLA is the story of a trans girl and her estranged father who journey the Belgian coast to fulfil her late mother’s wishes. A beautiful film that will stay with you for a long time.

BEYTO is a critically acclaimed drama from Switzerland exploring the clash between queer and traditional immigrant cultures, as well as the heartbreak that happens when people are prevented from making their own life choices.

More culture clashes arise in the lesbian comedy KISS ME BEFORE IT BLOWS UP, where love is put to the test with prejudices and hidden family secrets trying to derail German botanist Maria and her Israeli girlfriend Shira as they plan their wedding.

François Ozon’s SUMMER OF 85 is a seductive story of first love. Two teenagers fall into a passionate summer fling and their worlds are forever changed. It’s intoxicating and dripping in 80s nostalgia, a coming of age film to love.

DEAR TENANT is a slow-burn tale of humanity, heartbreak and family, weaving within it the experience of being a gay man in contemporary Taiwan.

The program includes three new gay, lesbian and trans and gender diverse shorts programs and because we all need a laugh, one encore program called ‘Best of Comedy Shorts.’

In addition to the on-demand program, Queer Screen has a number of live free events scheduled including filmmaker Q&As and panels; the Halfway Hangout where people can meet virtually to chat about the films and short film competition, Queer Screen Pitch Off.

Visit queerscreen.org.au or download the Queer Screen app, or call (02) 9280 1533 to book. Become a Queer Screen member for discounted tickets.