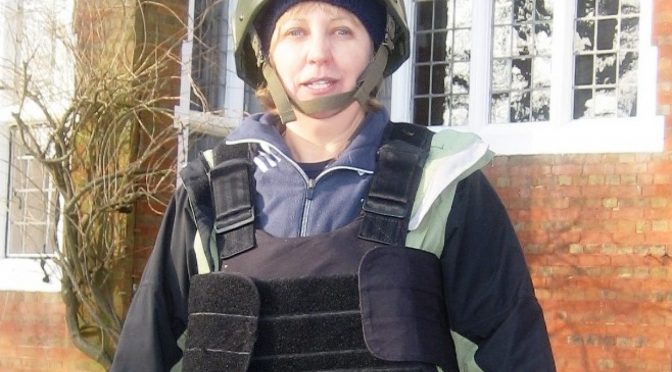 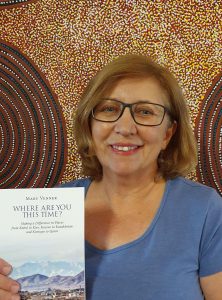 “More and more restrictions were placed on our daily lives, limiting our freedom of movement and creating the feeling that it wasn’t safe to even leave the house.”

This line from Mary Venner’s book, WHERE ARE YOU THIS TIME? chimes a timely resonance to readers in this age of the COVID-19, but the book is not a chronicle of the current Corona virus.

At the start of 2000, Mary Venner, an Australian public servant, decided to decamp Canberra for Kosovo to work for the post conflict UN Mission.

It was the beginning of a series of foreign aid forays embarked upon by the author who recounts her adventures in WHERE ARE YOU THIS TIME? – Making a difference in Places from Kabul to Kiev, Kosovo to Kazakhstan and Kismayo to Qatar.

On arrival in Pristina, Venner presumed that the devastation she saw was the result of NATO bombs. In fact, the war had done little damage to once pristine Pristina. Rather, the damage done is when there is no money and no government, when roads are not repaired and rubbish goes uncollected, and desperate people steal manhole covers and electricity cables to sell for scrap.

While the UN mission was supposed to be creating a stable government and setting up a professional administration for Kosovo, it was struggling with a diverse hodgepodge of staff with no common philosophy, ideology or policy direction, a shortage of funds, and an archaic exceedingly bureaucratic system of administration.

The perils of Pristina seemed insurmountable but by the end of her twelve months contract, Venner had made inroads, life was interesting, and the work was important.
She signed on for another year with a task force to reform the financial management of the education system.

In 2003, Venner jettisoned Kosovo for Kabul as a budget adviser. Foreign advisers didn’t have to start from scratch to set up an administration, as was the case in Kosovo. In some ways, she says, this was unfortunate.

Presidential decrees in Kabul were known locally as hokums, and dozens of hokums were signed every week making the carefully calculated, fiercely argued annual budget fraught with frustration.

As her first twelve months in Afghanistan morphed into a second year, Venner had become an old hand, savvy to the Kissin Kuzzins of Kabul, the quaintly named The Ministry of Martyrs and the Disabled, The Ministry of Tribes and Frontiers, and the SNAFU of quite candid corruption.

Then it’s off to Kazakhstan, Dina, the director of Budget Process Methodology in the Ministry of Economy and Budget Planning. Sounds like a relic left over when the country was part of the Soviet Union. But there is hope.

WHERE ARE YOU THIS TIME? is a globe trotting adventure without the glamour usually associated with such a term, an insiders look at foreign aid, its progress and pitfalls.
“Like many public servants everywhere, they underestimate the true cost of doing things and overestimate their ability to get things done.”

WHERE ARE YOU THIS TIME? by Mary Venner is available via online booksellers and eBook distributors including Amazon, Book Depository and Booktopia.