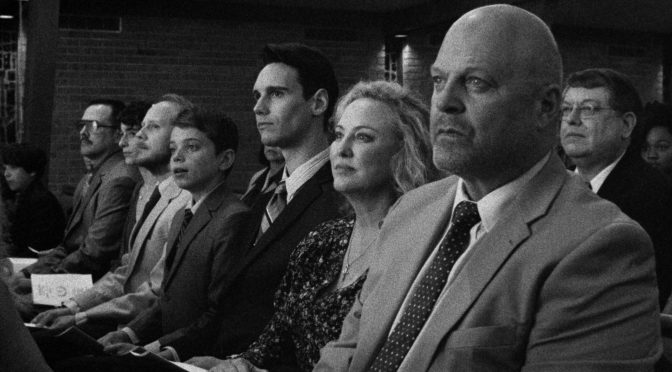 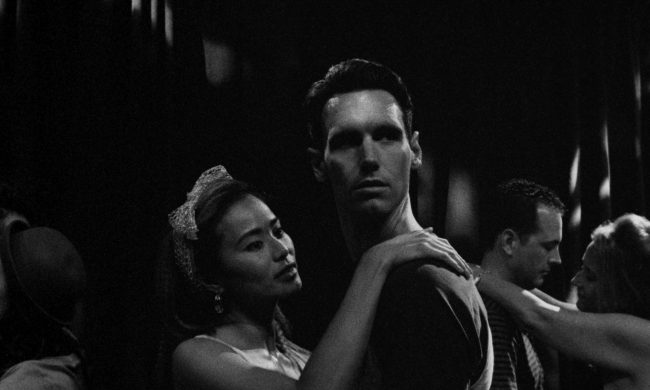 1985 won the Audience Award for Best Narrative Feature at Queer Screen’s Mardi Gras Film Festival this year and what an emotional, realistic and moving film it is.  Schedule a dinner after you see the film because there are discussions to be had, judgments to confront and, sadly, lost people and times to remember.  Shot with great heart and a political will to “connect with those who are still experiencing any type of discrimination or resistance in 2018” according to filmmaker, Yen Tan, 1985 deals with religion, coming out, truth to self and the early catastrophe of HIV.

We meet Adrian.  It’s 1985 and he is home for Christmas from New York.  Small town, Bible-Belt home.  Over the few days he is there, Adrian will have none of the conversations which would make for manipulatively dramatic watching.  Rather, much is unsaid.  Though, much is understood but little is spoken between he and his peacemaker Mom, head of family carapaced Dad and a little brother who needs a particular kind of reassurance from him. A tragedy has propelled him there and Adrian is a boy lost.  His reconnection with a close female friend, Carly, from his school days gives him some release from the fearful times in which he lives.

Shot on super 16mm film, 1985, is a black and white offering but not as we are used to.  The blacks are not velvet but gradated greys and the whites have a dirty, washed out parchment warmth which, used without fill lights, serves to bring the faces, and the brilliant acting, to riveting attention.  The realism of the film is functionally enhanced by this home-made delivery method as the grain and blur elucidate the 1980s feel without resorting to overt mise-en-scene of period.  White lines around the collar of a black coat frame a face and the religious iconography sits threateningly in the background.  An angel over the shoulder of Adrian’s mother, Eileen, giving the kind of steadfast strength she seems to draw on.

The acting is stellar in this small ensemble.  As Adrian, Cory Michael Smith is conflicted, cowardly and makes a very disturbing choice seem inevitable.  That is just one of the heated discussions you will have over dinner; I was still cross with him, and my companion judged me for it. Smith brings such vulnerability to his tall, loose, physicality and the close-ups where he reacts to conversations outside the frame, carry the weight of his sorrow and bewilderment of grief.  Equally unsure but secretly rebellious, his teenage brother Andrew (Aidan Langford) is played with a marvellous youthful possibility and an uplifting, hope-inspiring positivity.

Little positive, however, in the stern, hard to impress, hard to love, father portrayed by Michael Chiklis.  No stereotype here just an incomprehension in this man who knows that connection with one son is lost and with the other is slipping.  Chiklis’ interpretation gives us a man who only knows one way and is completely incapable of finding his way out of the role he assumes.  Even lots of empty beer bottles don’t allow for a softening, despite a truth telling.

“You know your dad” says Virginia Madsen as Eileen in a powerful performance of light and joy which undercuts the tension between father and son, she is mesmerising as one waits to see if she will speak what is obviously in her heart.  The other character in this intimate drama is Jamie Chung’s Carly who is given a wonderful introduction by the writer director and hers is the empathetic heart of the storytelling.

Writer/ Director Yen Tan guides his cast through the film with a strong understanding of the period. The Reagan years and the ‘gay plague’ quiver through every interaction in the film.  Hindsight tells us that things have improved but those of us who lived through it know what was lost.  And how many of those conversations were never had.  This will also consume your after-film dinner discussions.

1985 is a film to touch raw nerves.  It highlights the diminishment that oppression and hate bring to families and to society and in so doing spotlights how love and acceptance in the personal may resonate in the political circumstances of our time. 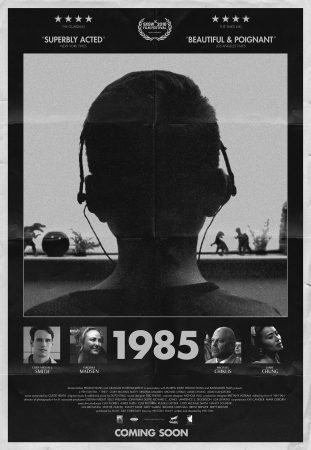